The Transformative Power of 2012 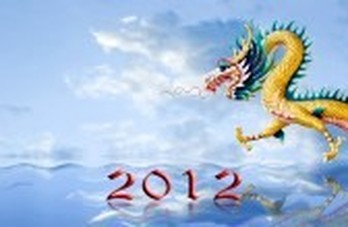 In chinese astrology 2012 is the YEAR of the DRAGON, specifically the WATER DRAGON. The way this number configuration is worked out to see what animal is associated with each year is as follows: the individual digits of the year are added (so for 2012 that would be 2+0+ 1+2=5).

Then the number you get (in this case 5) is associated with the symbols of the chinese zodiac in order, and dragon is the 5th symbol. Also, an element is added to this (such as water, fire, wood etc) to add particular characteristics to the sign. 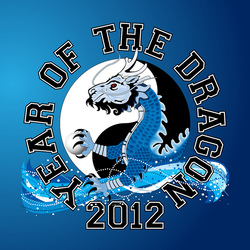 So I can really see how those themes have come into play in a big way this year! To find out more about what Chinese astrology is and how it works, click here. 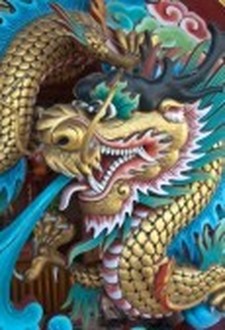 Dragons in eastern tradition are not to be feared, but rather revered.

The dragon is a powerful symbol of new beginnings, happiness, power and good fortune. Water represents emotion, the subconscious, transformation and intuition. Put the two together, and the ‘water dragon’ shows us patience and the perceptive use of intuition as we emerge and transform from the deep water of consciousness.

I have a feeling there is a strong connection with our deep sub conscious in relation to divine universal consciousness and spiritual growth here.
The Mayans claim that this supernatural knowledge of highly advanced, extremely accurate timekeeping was given to them as a gift from Gods that came down to earth from the stars, nine of which are said to return on this date. There is much implication by modern theorists that these ‘Gods’ are actually extra-terrestrial beings of a higher intelligence

Other ancient cultures such as the Aztecs, Egyptians, Native American shamans, Hopi people, Maori and aborigine elders as well as ancient Hindu and Buddhist Indian manuscripts also pointed to this era we are now in as a time of mass change, renewal or potentially chaotic destruction. The Hopi Native American people in fact believe that we are currently in a time of purification where humanity need to come together and live in peace and harmony on the planet  in order to avoid the destruction and ‘end times’. Some of these cultures in fact also knew that 2012 would be hugely significant. It is therefore clearly a global knowledge.

Many ancient civilisations have in fact left clues about there being a period of great change. These markers can be found in temples, pyramids and other sacred sites and act as secret 'seeds' much like the lightworkers or starseeds have come at this time as beacons of light to help during what they intuitively know is a period of profound transformation and enlightenment on planet earth. 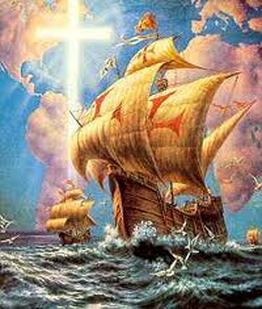 The sacred Mayan calendar has been known to make accurate predictions, including the arrival of the Spanish to America on Easter Sunday: April 21st, 1519. Using symbolic language, the prophecy depicted the Spanish ships as butterflies (which the native people found evident in the billowing sails of the ships that arrived to the land).

The Mayan prophets predicted in advance that this arrival would be a kind of "hell" on their land for nine cycles of 52 years. Some say that this actualised in the form of sickness and ill-treatment of the land and people followed by the abuse of fiscal and other power and control. It is very interesting to note that the end of this cycle is the date August 16th 1987 which is known in spiritual communities to be the "harmonic convergence." It was on this day that a new era of the "5th sun" would be born, a time of great transition, though not quite yet manifested in full form (hence the 2012 date). 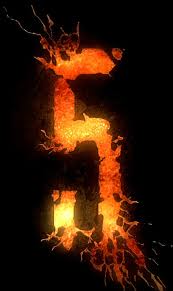 Notice the recurring appearance of the number 5. There is the new era of the 5th sun.  We have 2012 being represented by the dragon, the 5th sign of the chinese zodiac. We are also developing a greater awareness of the otherwise hidden 5th element which is ‘ether.’ Ether is an alchemical element which permeates all space and brings about a fusion of all energies into the light. It is the celestial harbinger of heaven on earth through its very essence and state of being. And then we have the new age notion that the ascension process is moving us rapidly from the 3rd and 4th dimensions to the 5th which represents a higher state of awareness – the evolutionary leap in human consciousness we have long been waiting for.

December 21st 2012 (of which all numbers add to 5) will be a time of rebirth on our planet. This is when the "Worlds of the Fifth Sun" are said to begin. The astronomical event will be that the earth will line up with the center of the galaxy at a point intersecting the Milky Way where there is a black hole. The Mayan people referred to this hole as the ‘birth canal,’ ‘womb’ or ‘dark road’ of the universe where everything began – where stars were born and where there is a portal into another world. So there will be an exact alignment between the earth, sun and Milky Way – a phenomenon that only happens once every 26,000 years. And this event will simultaneously affect the rest of the universe.

The effect of this cosmic happening in energetic or spiritual terms will be that a high vibrational channel of energy will cleanse and charge the earth, consequently raising its vibration. There is some thought out there also that the sun, being a powerful magnifier and amplifier of energy may have something to do with it.
This article was written by Natalia Kuna, copyright 2012   www.nataliakuna.com