There are three hierarchy groups that the various angels fit into, from the highest omnipotence (nearest to God), to the lowest (nearest to earth).

There are also three levels of angel orders within each hierarchy.

Here is a synopsis: 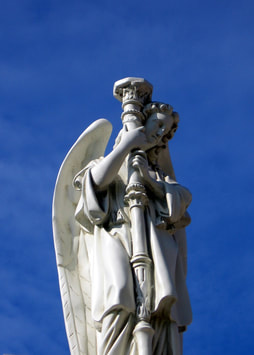 Dominions  - Administrate God's Will,  Oversee  other angels in hierarchies below them

Powers - Lord of Karma, angels of birth and death

"St. Gregory said that the Powers plan and direct the  campaign against the legions of darkness who wage spiritual warfare against  people in the world." (quoted from: http://joanwanderson.com/what-are-angels/)