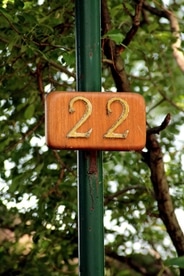 Dark energy has been building up for some time, and it is important to be aware that there is ore going on behind the scenes than meets the eye.

With regard to the recent Manchester attacks (June 3rd, 2017), I was noticing numbers, particularly the number 22. Here are the facts:
​ 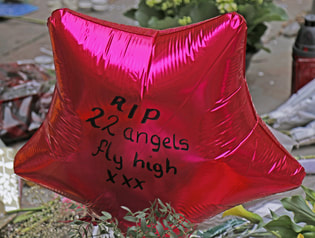 ​Here are some other notable negative events that feature the number 22:

Now 22 is a Master Number in numerology (just like 11 and 33), meaning it carries extra power and significance, and numbers can reflect both positive and negative energy, because there are always the two sides of the coin. 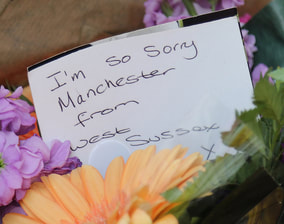 On a psychic note, before the Manchester event I saw the word 'Manchester' several times in a way that I know is psychic. A couple of these times my eyes drew to the movie title  'Manchester at Sea', and I paused in a suspended intuitive moment, knowing it had significance. 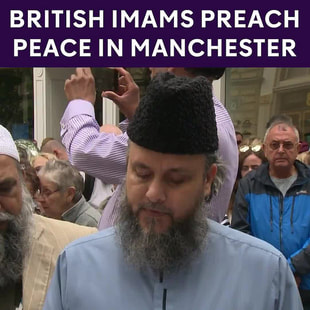 Now you must also consider the real phenomenon of 'anniversary attacks' - this is negative events planned on dates where another negative event has taken place on that same date in the past. A prime example when we look at 9/11, is that exactly one year later on 9.11.2012, Benghazi attacks happened.

​​The Manchester event also could well be an anniversary attack, given that it was on the same date, exactly four years after the Lee Rigby Attack in South-East London. And guess where Lee Rigby was from? Greater Manchester!!! 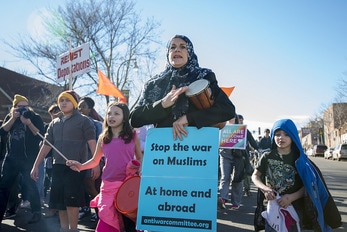 ​When I started watching the fresh 'Breaking News' of the Manchester attacks, and it wasn't yet confirmed whether it was terroristic, I asked my intuition, and all I got was the word 'muslim'. We know now the perpetrator was muslim, though fanatical. Following and surrounding this event, there was much backlashing re the issue of muslims.

Another connection that I feel with the Lee Rigby attack to another recent later event is that both the location (being London, and near a bridge) and the specific type of low tech killing methods (car ramming and brutal knife stabbing) seems to be a hauntingly similar to the methods used in the London Attacks (London Bridge & Borough Market) on June 3rd, 2017 (ie: vehicle ramming & knife stabbing). In the former, the perpetrators told passers-by they had killed this soldier in order to avenge the killing of Muslims by the British armed forces, and in the latter the killers had proclaimed: "This is for Allah."