In this article I talk about Nostradamus' prophecies, the traditional Tower tarot card, the Goddess ISIS and the Tower of Babel, as mentioned in the Genesis chapter of the Bible. 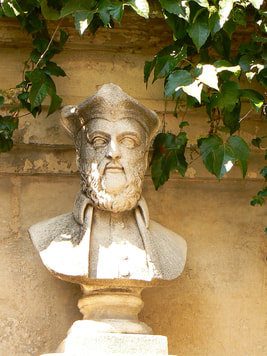 The Great 16th century Prophet and Astrologer Nostradamus is well known for his predictions.

​It is interesting to note that he wrote the following in one of his famous prophetic quatrains what can be interpreted to be a prophecy about 9/11.

​The commonalities are astounding.  Read the quatrains below, keeping in mind that he writes poetically and metaphorically): 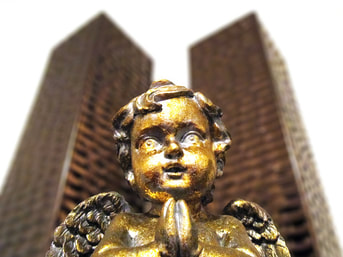 Another Nostradamus quatrain that can be seen as a 9/11 prediction is as follows:

"In the City of God there will be a great thunder,
Two brothers torn apart by Chaos,
while the fortress endures, the great leader will succumb",
The third big war will begin when the big city is burning"
- Nostradamus 1654

​The Tower Card in Tarot 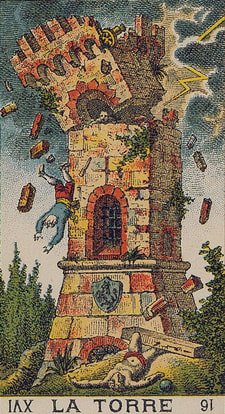 ​One of the most famous of tarot cards  in the Major Arcana, is the Tower card.

It is just uncanny the semblance between the tower card image and the actual twin tower in relation to the 9/11 event.

I have found that everything about the symbolism and meaning of the tower card rings true with regard to 9/11!

​The traditional card depicts a tall solid tower which  has been seriously compromised. It has basically been attacked or affected by a strong force, and is falling apart in a scene of utter chaos and destruction.

The image has an eery  resemblance that seems like a vivid precursor to the 9/11  tragedy, that cannot be denied or ignored. 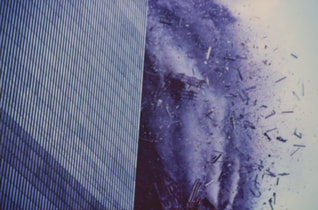 ​When you look at real imagery of the actual 9/11 twin tower, you can see the debris flying out of the building from the sheer force of the explosion / impact.

It looks uncannily like the debris depicted on the tarot tower card with the dark, ominous background. 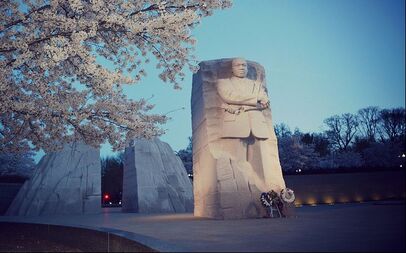 Let's think about this for a moment. Individuals/groups such as the illuminati and the freemasons are extremely obsessed with the idea of structure, building, forming foundations, growing empires and the use of symbols and sacred geometry.

​ This is evident, for example in the erection of grand buildings, skyscrapers, towers, statues and in symbolism in products, companies & the entertainment industry. ​ 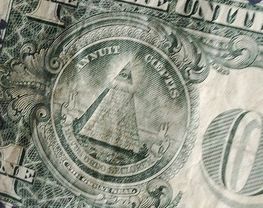 You can see it for example in the pyramid symbol on the U.S. Dollar, and in the architecture in cities such as Washington D.C.

The tower card depicts the destroying of concrete structure and order. It's crumbled, destroyed, broken down. And this was powerfully enacted in the destruction caused by the deliberate acts of 9/11.

Further to this, the 9/11event represents that the system is broken down  through the deliberate magick of "Problem, Reaction, Solution" - where new order is created out of chaos. This is the very modus operandi and of the New world Order. They want to destroy through deception, and then rebuild or create through hidden, secretive agenda. 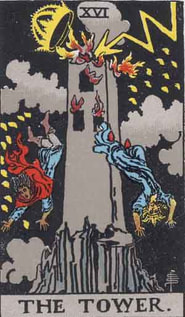 The card depicts a striking representation of a tower exploding, with fire and smoke, and  people falling and plunging to their demise.

​The lightening bolts into the crown of the building. The tower is literally struck, just like the North tower was (by a plane) on 9/11.​ 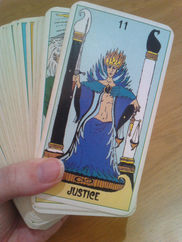 Now the 11th card of the Major Arcana is the Justice card. See how  the two towers are represented through the dual pillars which show the polarity between black and white, and hence light and darkness.

​Now interestingly, at some point in Tarot history, the images and theme of the card numbers 8 and 11 were swapped around by members of the Golden Dawn.

11 was initially the Strength card, and 8 was the Tower. It is believed that this was reversed as a deliberate occult manoeuvre, with some kind of nepharious purpose.

The Link to ISIS 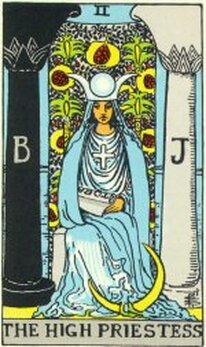 The dual pillars of light and dark are also seen in the High Priestess card which is interesting, as 11=1+1=2).

​The High Priestess is also on some level linked with the Goddess ironically named ISIS, as is the New York State of Liberty image.

To add to this, if you look at numerology, which attributes a number from 1-9 for each letter of the alphabet, something is revealed about the name/word ISIS: 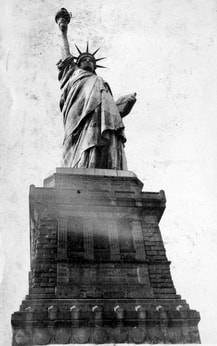 if you add each half, that's 9+1 +10 (therefore 1), and you have two 1's side by side, like two vertical buildings standing aside each other,  just like the form of the twin towers!

​The Legendary Tower of Babel 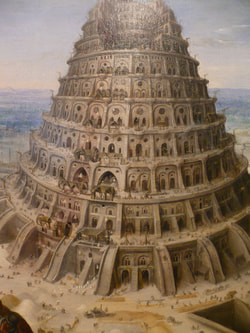 Interestingly, remember the  Nostradamus' quatrain mentioned above that refers to the "City of God".

Well the Tower of Babel is said to have been built s a tower in a city, and in order to be higher up to God's level.

My question would be, is it God, or  something else such as Lucifer that is wanting to be attained.

Let's examine some of the biblical wording of this Genesis 11:1-9 chapter:
"And the whole earth was of one language, and of one speech.
And it came to pass, as they journeyed from the east, that they found a plain in the land of Shinar;
and they dwelt there.
And they said one to another, Go to, let us make brick, and burn them thoroughly.
​And they had brick for stone, and slime had they for mortar.
And they said, Go to, let us build us a city and a tower, whose top may reach unto heaven; and let us make us a name, lest we be scattered abroad upon the face of the whole earth.
And the LORD came down to see the city and the tower, which the children of men builded.
And the LORD said, Behold, the people is one, and they have all one language; and this they begin to do: and now nothing will be restrained from them, which they have imagined to do.
Go to, let us go down, and there confound their language, that they may not understand one another's speech.
So the LORD scattered them abroad from thence upon the face of all the earth: and they left off to build the city.
Therefore is the name of it called Babel; because the LORD did there confound the language of all the earth: and from thence did the LORD scatter them abroad upon the face of all the earth." 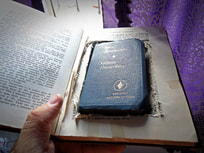 Now let me be clear I am by no means a bible expert.

I am going by my intuition, which then leads me to connect the dots that I pick up psychically and then I research from there. It is very much an intuitive process of picking up the signs, symbols and my feelings. 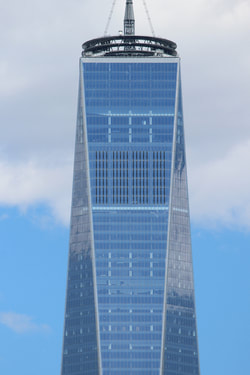 For me, when I read this, what screams out is the emphasis of ONE (one language, one speech etc). ONE to me links to the illuminati / new world order mindset of creating one unified force of control, domination and power.
It is also the name of the new world trade centre built in the place of the original twin tower.

The whole emphasis post 9-11 was on turning the two towers into ONE, representing one grand, dominant, powerful, unifying force; like the legendary Tower of Babel.

​The tall spire can also be looked at as a power symbol (extending the length), reaching further upwards and possibly even some kind of portal of power. 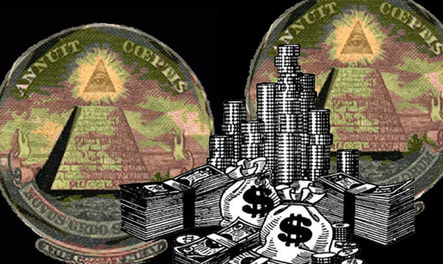 The line from the Genesis extract "make US a NAME" also can be read in a number of ways, including the narcissistic obsession of making a dominant name and stance for themselves in the world as well as the notion of one name, one face, united in terror and one world  global domination.

Further to this, upon some research I discovered that "Babel" means 'confusion' in Hebrew. This matches the notion of the elite creating chaos, fear and confusion in order to then reconstruct according to their nefarious, greedy, underhanded desires. So they would create a deceptive new sense of order, which would in truth be pre-designed, with a hidden agenda. 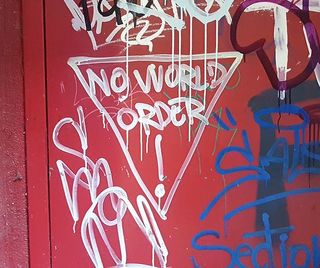 The line:
"nothing will be restrained from them, which they have imagined to do",
​conveys the idea that they have free reign to do as they will, and that kind of mindset is the doctrine and manner of the illuminati, freemasons and all related factions.

Thusly 9/11 could  represent endings, destruction and death (#9) and strategic new beginnings and action steps (#1) that resulted in the ‘one’ tower: an symbolic, phallic obelisk standing boldly in a declaration of the new world order, and boldly commemorating the very destruction that  it sprouted from, like a phoenix rising from a fire.

Predictive Programming Through the Movie Industry. 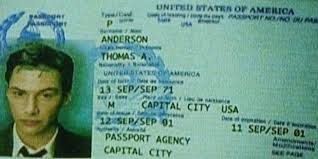 The occult elite project symbols & signs to the public in order to weave their magick and prepare them for whatever events are to come. They do this through the psychological tricks of subtle (or sometimes obvious) predictive programming hidden in plain sight.