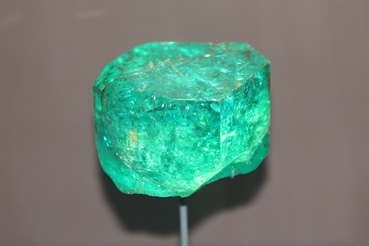 Emerald is nature capsulized in a crystal.

With its associations with the rich, lush, fertile greens of nature, it is also a symbol for growth, renewal and eternal life. It brings about balance and equilibrium as it is a stone that  promotes well-being and the calming the emotions. In the same token, it also invigorates the mind, and boosts memory, creativity, work and legal affairs. 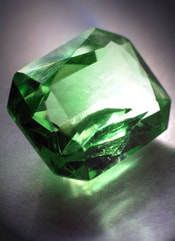 Being green, emerald  is also connected to the heart chakra, working to both soothe and open the heart, and bring more harmony, nourishment,  balance, loyalty and success in one's love life. It works in this way to promote more peace and contentment in relationships, partnerships and friendships.

In fact in ancient times, emerald stones were symbologically associated with Venus because she was the Goddess of Love. Other prominent historical figures wore emerald as talismans or even symbols of spiritual power and beauty. This included Aristotle, Cleopatra, and Alexander the Great. Emeralds have also been revered amongst royal and aristocratic circles throughout time. 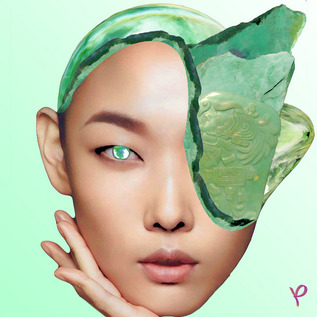 Emerald is a stone that is associated with eyesight and vision. This can be taken both physically and metaphorically. It helps you 'see' beyond, understand and gain knowledge through clairvoyance. It thusly enhances your intuition, prophetic ability and discernment of truth and deception, revealing through its majestic powers what was once hidden or denied.

It will bring about a stronger consciousness and wisdom, channeling your inner Seer, Queen or King. And just as a sage royal displays focus, discernment and intelligence, so too does emerald bring about greater clarity and psychic vision.


Emerald spiritually protects you and warmly opens up your consciousness. It is a beautiful stone to enjoy. ​