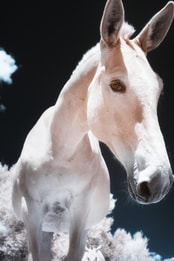 Unicorns are said to be amazing creatures that, like dragons, are beyond  mere mythical imagination.

It is said that they walked earth long ago, and they are believed to be amongst the very first animals named by Adam. In fact they are referenced in the bible as being very real animals alongside goats and donkeys!

There have been many myths and legends written about these mysterious, majestic animal beings. They are depicted as being incredibly pure, innocent, magical creatures.

Unicorns are said to have been with us during the times of ancient city of Atlantis, and even played a very active part.

​This was at a time when everyone had their psychic gifts open, had their unicorns with them and could see them physically or were able to perceive their spiritual light energy. They were also able to communicate with them more easily. It was natural. 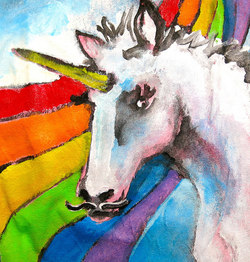 Unicorns' prominent feature is their horn, which distinguishes them apart from horses. The horn is strategically placed in the 'third eye' chakra area of the forehead.

Their magical horns are open and radiate beautiful, pure high vibrational energy outwards. They are believed to carry healing energy.

These supernatural horns also serve the purpose of warding off evil as well as containing magical healing properties. They beam pure, unconditional, Divine light from their horns. 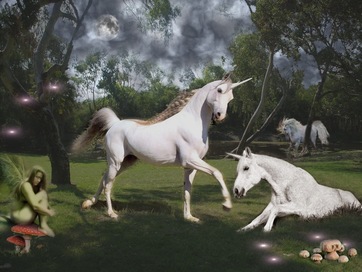 What Happened to Unicorns?

It is said that ​unicorns were sadly hunted for their horns.
Angel expert Doreen Virtue has advocated that due to hunters, they did not wish to become extinct, so they made a conscious choice to ascend to a much higher plane of existence.

Other theories are that they withdrew from this world because the energy was becoming too dense, which is the case in the final stages of Atlantis before it fell. This would make sense considering their high vibrational energy and pure, open hearts.

What are your feelings about this? Trust your instincts and see what vibes with you personally.

​Another angel & ascension expert Diana Cooper claims that when horses reach a high enough level, upon ascension they become a unicorn. Their pure white colour represents the Christ consciousness.​

Where are Unicorns Now?

It is said that unicorns now exist in the 7th dimension, amongst the angelic hierarchy. In fact some believe that they have a hierarchy of their own.

​Diana Cooper says that there is a Queen Unicorn who holds much Divine feminine energy, and a powerful King Unicorn also.

​The Pegasus's wings are meant tor represent the energy of the heart chakra. 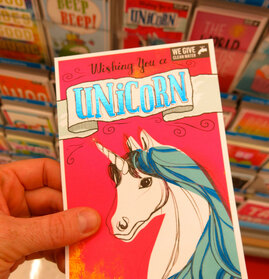 The Role of Unicorns

The role of unicorns is to assist us on our paths of enlightenment and ascension.
They are beautiful, majestic spiritual creatures who are very safe and supportive and radiate pure, healing energy.

​They help open your third eye, and bring forward in your life hope, abundance, newness and that which your true soul desires. ​

Much like fairies, unicorns are happy to help children and anyone of pure heart and of good intention, with a true desire to help others and be of service. They will be attracted to anyone of good heart and light. They also connect really well with sensitive people and those with a genuine, kind, soft nature. 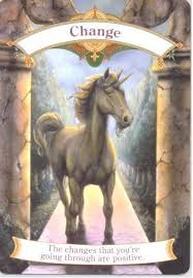 You can call upon there etheric beings of Divine Love and Light very easily.

Just set your intention, visualise them and be open to their presence in your life. Try connecting with them in meditation or asking them to come into your dreams.

Unicorns will  help rekindle your sense of youthfulness, awe and playful innocence. They can also help open your third eye and enhance your psychic (clairvoyant) vision. 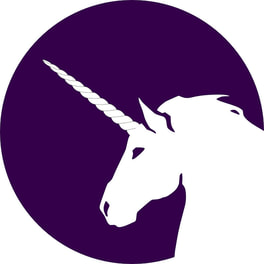 When you connect with unicorns and feel their energy, you will feel a very heart-centered high dimensional experience of pure white light. Their hearts are fully open and their light and presence is incredibly tingly and powerful. ​

​Just as angels leave white feathers as signs of their presence and answered prayers, so too do unicorns.

So once you have established that intention and connection, and put in your Divine request, open your awareness and expect a divine sign in the form of a pure white feather, or images of unicorns or rainbows. ​