Reconnecting with the Power & Magic of Crystals in the Today's Age 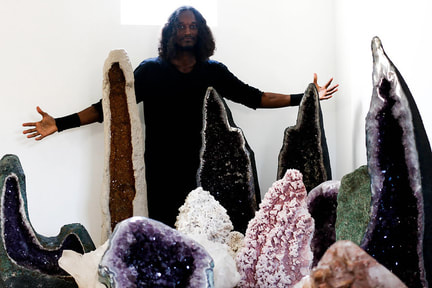 Crystals are a huge theme us now as we reach higher levels of consciousness. Crystals  and our knowledge and use of them will be returning to us in big ways. This  ancient knowledge harks back to times we have spent in ancient civilisations  such as Atlantis and Lumeria.

The Native Americans and ancient Egyptians, as  well as other civilizations have also worked with crystals and understood their  innate magical powers. Many of us recall past lives or feel affiliations  with these ancient worlds, I know that I definitely know that I was in Atlantis  and I also resonate strongly with Jesus times. 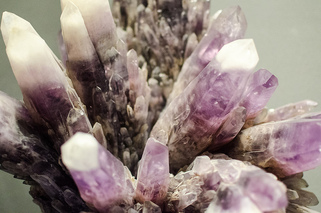 Crystals are amazing, sacred, magical  tools here to help us today. I have heard many times that they are actually  'beings', sometimes called ‘Stone People.’ They have their own consciousness as  well as their own vibration or 'resonance'. They can be used for healing, magic  and to enhance your own spiritual powers, rituals and communication with other  realms. I know that I will be drawn to work with new crystals this year, as well  as reconnect with some of the powerful ones I already own. I am open to learning  and working with them more.

In 2012 & beyond, crystals are emitting amazing  new frequencies that reflect the emerging vibrational acceleration happening on  our planet. There is also much talk about  crystal skulls that have been  found on earth. It is all very exciting and I look forward to discussing  crystals more soon, so stay tuned to more information being added here.