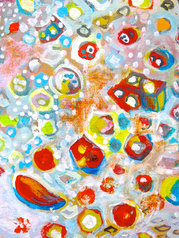 We live in a world and universe of what we see, feel and experience as concrete matter, solid representations of matter seen in all the various objects around us.

In our earthly minds, and since we are material beings with physical bodies, we believe that objects including ourselves are solid. That is both our perception and experience because we not only have human bodies but also the physical inbuilt senses of touch and sight.

​Yet there is a profound paradox to our earthly existence and perception of reality. Quantum theory is starting to elucidate upon the ancient knowing of that everything is energy. This is found scientifically when you break matter down to the sub atomic level.​

Quantum physics has now proved that matter isn't solid after all, it is 'energy'.
“Energy is liberated matter, matter is energy waiting to happen.” ~ Bill Bryson
​​​
“We aren’t solid beings living on this planet; instead this planet is a collection of energies which penetrate each other.” ~ Hina Hashmi
​ 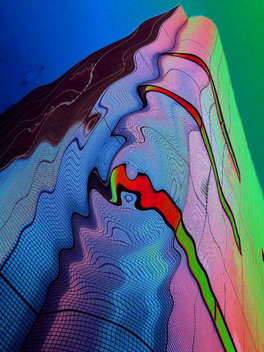 ​​Science is starting to explore and prove what has otherwise been ancient knowing. The mystics have known all along that atoms are fuelled by  a Source that connects us all. which some people called 'God'.

In Doreen Virtue's book "Divine Magic" (which is based on the Kybalion, an ancient text of ancient Egyptian Hermetic wisdom), she states:

​"Matter is illusory and real, simultaneously. The trick is to enjoy the material world without losing  yourself in its illusions."

What science is starting to help us understand, is that when you break things down to their sub atomic level, what appear initially as seemingly solid objects of 'matter', are in fact at their core essence vibrating atoms. 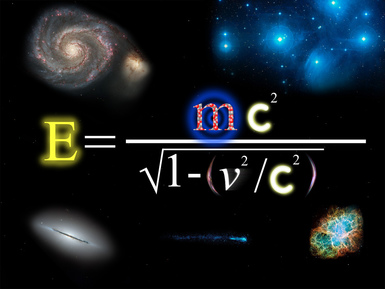 Here is what Bruce Lipton has to say:

“ The atom has no physical structure—the emperor has no clothes! …atoms are made out of invisible energy not tangible matter! So in our world, material substance (matter) appears out of thin air. Kind of weird, when you think about it….Matter can simultaneously be defined as a solid (particle) and as an immaterial force field (wave).

When scientists study the physical properties of atoms, such as mass and weight, they look and act like physical matter. However, when the same atoms are described in terms of voltage potentials and wavelengths, they exhibit the qualities and properties of energy (waves).

The fact that energy and matter are one and the same is precisely what Einstein recognized when he concluded that E = mc2. Simply stated, this equation reveals that energy (E) = matter (m, mass) multiplied by the speed of light squared (c2). Einstein revealed that we do not live in a universe with discrete, physical objects separated by dead space. The Universe is one indivisible, dynamic whole in which energy and matter are so deeply entangled it is impossible to consider them as independent elements.”
​         ― Bruce H. Lipton, The Biology of Belief: Unleasing the Power of Consciousness, Matter and Miracles

Physicists Link God as the Creator 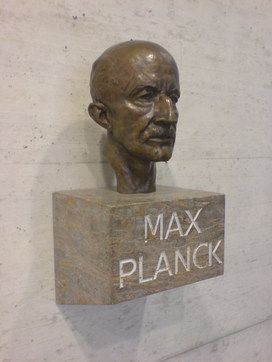 Max Planck (1858-1947), was a well regarded German physicist, one of the originators of quantum theory who was also good friends with Albert Einstein.

"As a man who has devoted his whole life to the most clear headed science, to the study of matter, I can tell you as a result of my research about atoms this much:

There is no matter as such.

​All matter originates and exists only by virtue of a force which brings the particle of an atom to vibration and holds this most minute solar system of the atom together. We must assume behind this force the existence of a conscious and intelligent mind. This mind is the matrix of all matter." 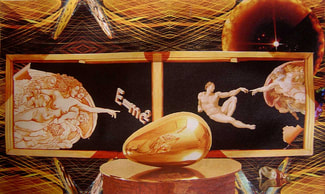 This is quite a profound statement indeed. What Planck is saying, an edicated man of intellect and science,  is that ​there is  a creative intelligent force behind life and matter. Some people might assume this 'force' to be very much like the 'force' described in Star Wars, or all other names for this same concept of a higher intelligent mind: Source, Spirit, life force energy, chi, prana, God.

​ In other words we live in a world and universe of matter, matter which has been created by the mind and will of God, the Creator Force, or Infinite Mind of All.

On the matter of God, Planck is known to have said:

"Both Religion and science require a belief in God. For believers, God is in the beginning, and for physicists He is at the end of all considerations… To the former He is the foundation, to the latter, the crown of the edifice of every generalized world view".
​