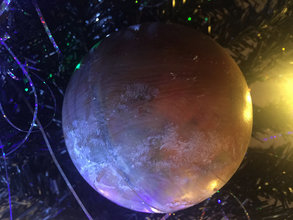 There is scientific evidence that the universe is a holographic projection around the earth. This is a hot subject of science, quantum physics and metaphysics.

​There are many highly accomplished left brained experts (quantum physicists and professors) in the field talking about the universe as being holographic. As an interdimensionally aware psychic medium myself, this is a highly interesting topic, and one where science actually examines metaphysical phenomenon. Authors have also elucidated upon these theories, such as Michael Talbot in "The Holographic Universe." 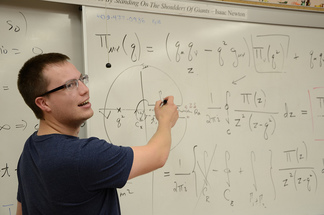 What physicists have remarkably discovered, especially through the famous 'double slit experiment'  (see video above),  is that as soon as you try to measure or observe an electron in its finest form, its nature changes. It instantaneously collapses from wave form into a particle that is in a specific place, space and time. They call this process 'collapsing the wave function,' and it is known in the scientific field as 'the measurement problem' - because an atom is not seen in a specific location until you try to measure it. Unobserved, it spreads itself out in wave form and is not seen.

Now since electrons are the core element, the building blocks of all matter including our reality and every 'solid' object in it, if we apply this to our physical 'reality' of time and space, quantum physics has proven that reality therefore collapses as soon as we stop observing it. It is important to note that this process does not only apply to the electrons, but also the nucleus, molecules and whole atoms. 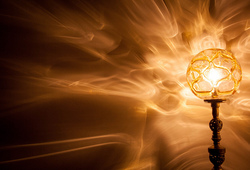 So what we experience as matter in any way, shape or form is only solid when we look at it. Other than that it is not solid at all but rather a wave. Therefore the natural state of an electron is as a wave. The only time that this wave forms into the state of a particle in a specific location, time and space is when it is being viewed. Scientists refer to this process as 'popping in and out of existence'. 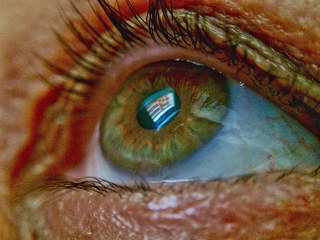 What this reveals to us is that when we are not looking at something, it doesn't physically exist.

​This means whatever our backs/eyes are turned away from, isn't really there! What a mind twist! Famous physicist Nick Herbert talked about this phenomena, stating that whatever we a not actually observing (whether we think is there or not) is:

If you try to turn around and see what is there, we don't see this quantum soup, or the true nature of the mysterious quantum universe because we are looking, and therefore in that mili-instant, physical 'reality' reappears ​as matter. 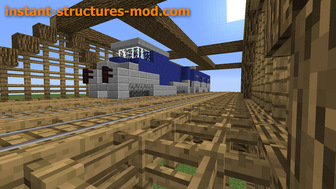 Some people have analogized this concept with video games such as Minecraft, where as soon as you are not observing the 'reality' of building blocks you see, it collapses and disappears out of existence / appearance.  It only pops up again when you are looking at it. I can't help to wonder if Minecraft has been conceived and created out of Divine inspiration, by someone who has 'tapped in' to the secret mechanisms of our universe and how it operates. 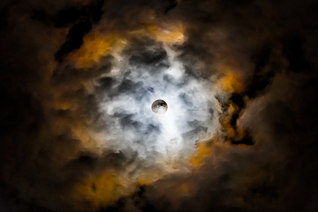 Quantum mechanics and the theory of relativity suggest that matter doesn't exist at all, therefore we are not actually living in the 3D world as we think we are. ​

Wait a minute! This indeed leaves us with a lot of 'out there' questions. Does that mean that our reality is not as real as we thought? Is our reality like a Minecraft game? Is our life all a holographic game and we are the players built from building blocks of  non solid matter? Do I not exist if I don't observe myself? Perhaps this is all true. Well I tell you what, it is not science fiction. This is real science with evidence to back it up.​​ 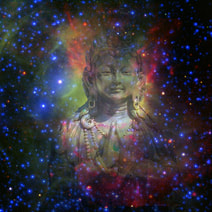 What then is our physical universe if it is not truly solid and real? I mean, we can touch it, smell it, feel it, taste it, and see it (well, when we are looking at it and imagining it)...
​
​There are theories that scientists have come up with in order to ask this profound question and elucidate upon the existence and workings of this quantum world which we do not see. It involves both the concept of the "Field" and the idea of the universe as being holographic. 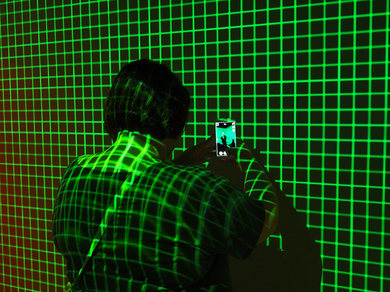 Let's first examine the Field concept. The field is said to be a field of unlimited possibilities out of which everything is created, and is known as many terms, some of which you may have heard, such as: 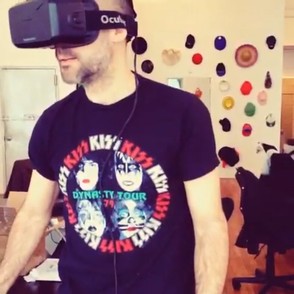 And how does the 'field' create reality? Quantum physicists say that the process is very similar indeed to that in which a hologram is made. What they are saying is that our universe is actually not real, but holographic.

You can not argue with this when you look at the true definition of the word hologram as being a virtual image. More specifically, here is some information of the origins of holograms from Wikipedia:

​"Dennis Gabor invented the hologram mathematically, describing a system where an image can be reconstructed through information that is stored throughout the hologram. He demonstrated that the information pattern of a three-dimensional object can  be encoded in a beam of light, which is more-or-less two-dimensional."

Therefore just like what we understand to be 'virtual reality' in a game, images 'appear' to be there but they are not actually there in solid form or real reality. ​It is all an illusion.

And here is  some written proof. Examine this quote by well regarded University of London physicist David Bohm:

​"Despite its apparent solidity, the universe is at heart a phantasm - a gigantic and splendidly detailed hologram." 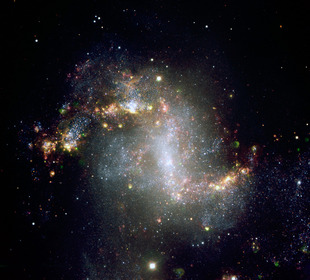 ​In understanding of all this, there is also some connection to the mystery of the workings and existence of the black hole. Dr Jacob D. Bekenstein, a Professor of Theoretical Physics at the Hebrew University of Jerusalem further stated in the Scientific American issue of August 2003:

​"An astonishing theory called the holographic principle holds that the universe is like a hologram... The physics of black holes - immensely dense concentrations of mass - provides a hint that the principle might be true."
Furthermore, Craig Hogan (director of Fermilab's Center for Particle Astrophysics openly stated:

"The idea that we live in a hologram probably sounds absurd, but it is a natural extension of our best understanding of black holes, and something with a pretty firm theoretical footing. It has also been surprisingly helpful for physicists wrestling with theories of how the universe works at its most fundamental level."

​This all goes along with the elucidations of the late Dolores Cannon,  whose modern work has also been well recorded and revered. Dolores was a dedicated hypnotherapist specializing in past life regression (this is something that naturally developed on its own due to her copious amount of deep hypnosis sessions with clients over a number of decades).

Over the years, she started to receive a lot of information about the nature of both ordinary and non ordinary reality, including historical events and figures on earth, as well as extra terrestrial information. She has plainly stated through her recorded sessions of clients in regression that as soon as we stop looking at something it shrinks up and doesn't exist, and this includes people and places around us. Her work was validated over and over again when she received the same type of detailed data through different clients who were unrelated to each other.

She wrote a large number of revolutionary books based on her findings and started to develop a highly evolved method of hypnosis which she called 'Quantum  Healing Hypnosis Technique' which happened to complement but moreover expand upon with the findings of quantum physics, even though her work was very 'out there'.

​Dolores even goes into detail about subjects such as parallel universes and how we are all actors in a play. An article on this subject will be available here soon.
All articles on this website are written and copyrighted by Natalia Kuna.     www.nataliakuna.com