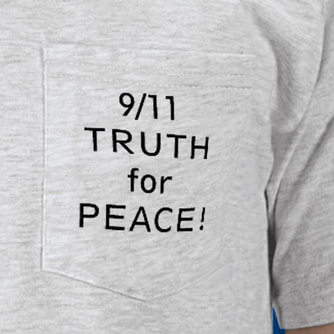 Many people can see that something feels 'off' about 9/11 and question what we have been told through media and the government's 'official narrative'. The more and more you look into it from various angles, the more it seems that we've been sold not just one, but a series of lies.

There are countless witnesses, professionals, experts in the field and various whistle blowers who have information to share; and a whole 9/11 'Truth Movement' has arisen, exposing lies, deception, discrepancies and theories on alleged nepharious agendas.
​
Not only did certain people and nations know about 9/11 before it happened, but there were also key players.
On top of this, we were shown signs as precursors. But more on that later....

Below I've tried to group various videos showing evidence or pontificating theories into categories. Please do your own research  and make up your own mind. But do keep an open mind. The world is not as it seems. ​

​NOTE: SOME OF THE VIDEOS BELOW HAVE BEEN DELETED DUE TO CENSORSHIP.

In this video, a high-ranking US Army General discusses the facts:

​WAS THE WTC COLLAPSE A 'CONTROLLED DEMOLITION'?

PLANE OR NO PLANE? WHY SUCH LITTLE RUBBLE?

Was There Really a Plane Crash? Where's all the Aeroplane Rubble?
​What Really Hit the Building(s)? 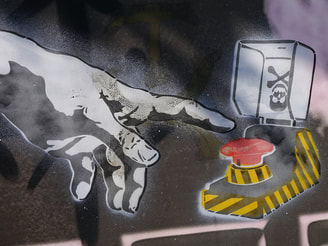 Many believe that the WTC was not actually hit by a plane. It is also believed that the Pentagon was hit by a missile, not a plane.

There was a very small amount of plane debris discovered and some way that a piece of the plane's fuselage was clearly planted there as false evidence after the event. This can be proved by photos which show the same rubble spot immediately after the event, and then a photo some time after, where the fuselage was added.

The video below actually pre-dates 9/11. It is a 1980's interview featuring the expert World Trade Center (WTC) engineer.​ He factually discusses how the building was designed to have great strength and solidness, "designed to carry 13,000 tonnes"and reports that building reports that the way the building is built, if a large commercial airplane were to crash into it, such as a 747 fully-loaded, weighing approx. 300 tonnes, it technically wouldn't cause any or much damage.

THE 'WAR ON TERROR' AGENDA

9/11 WAS A SERIES OF COVERED UP CRIMES

There is plenty of evidence and conjecture that 9/11 was known about in advance.
​
Robert David Steele, a former American spy and now whistle blower, states that the illuminati Rothchilds (I'm assuming Jacob Rothchild) had fore-knowledge about 9/11 and were in a hotel suite, watching the whole event unfold.

He also states that "13 countries warned [the U.S.] in advance... Dick Chaney swore all those countries to secrecy and declared a national counter terrorism exercise  months in advance of 9/11...The Federal Emergency Management Command Center was [allegedly] set up on the piers of New York city the night before 9/11. This is why there are so many government drills that are co-incident with false flag attacks.... 9/11 was done by the Zionists, with Dick Chaney as their executing authority."...

​ He also states that they destroyed the crime scene and all the evidence, which is also backed up by others such as Christopher Bollyn, who talks about how they quickly and sneakily got rid of all the steel and whipped it off to China, even though scrap metal prices were low.

Below, a Former C.I.A. working at the time of 9/11 breaks her silence and shares her direct information that this event was planned and known about in advance, as a means to inflict a false war on terror. ​ 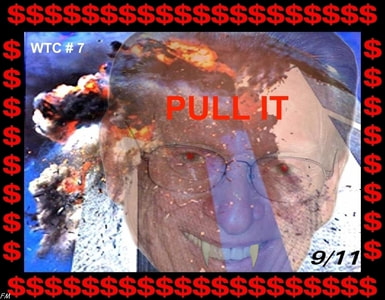 ​Larry Silverstein, the billionaire leasholder of the WTC was conveniently not at the WTC on the morning of the attack. Even though he was always there, every single day and morning, this one morning  he had an alibi that he was at a Dermatologist appointment. His son and daughter also suspiciously didn't turn up to work that morning!

​Adding to this, he received multi-billions of dollars in his insurance settlement - for a policy that he set up just weeks before the 9/11 that specifically covered this kind of so-called terrorist attack. The controlled demo also saved him from having to pay a billion $ to remove asbestos from the building. How convenient!

He now finally admits that Tower 7  was a controlled demolition. Also, firefighters are not trained at all and have no experience in "pulling" buildings down (controlled demolition), which goes against Larry trying to cover his butt when he initially said his statement to "pull it"  meant something else - an instruction to ""pull" the firefighters out of the building.. This was the subject of much controversy. It's clear he's totally 'pulling' our leg tbh!

See clips of his interview below, as well as being put on the spot at a truth movement conference, where several people confront him about his conflicting statements (ie: bullshit). 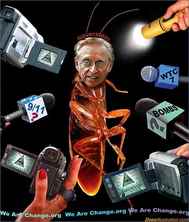 There is the building owner's insurance, money laundering / transfers, insider trading and much more... 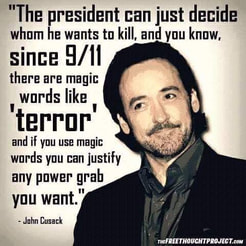 ​Mark Passio is a knowledgeable  expert in the field of the occult, as he is a former Satanic Priest who turned his life around and became a very active whistle-blower.

​Passio states that 9/11 was an 'inside job', done as an occult, satanic ritual by the illuminati. In other words it was a human sacrifice of grand proportions.

He calls this form of occult magick "chaos sorcery" hidden in plain sight.

The Twin Towers are also said to be masonic towers, representing the two pillars of Jachin and Boaz, which are built into the architecture of all masonic lodges, and which are also depicted in Tarot cards. 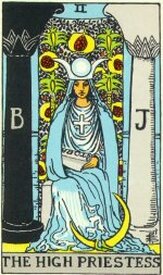 ​As you can see in the High Priestess Tarot card, you have two pillars:

​They are  depicted in opposing colours of black and white, which are also masonic colours. 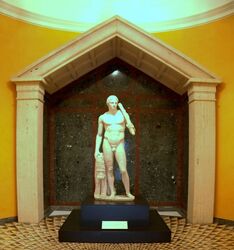 Fritz Springmeir, an author ad expert on the  Illuminati, also suggests that the Twin Towers represent the Twin Pillars of Hercules off the coast of Spain. He claims that Plato's Atlantis and Francis Bacon's New Atlantis were found at the Twin Towers, representing the Golden Age, ie the New World.

​He also links the idea of 'twins' to the twins of Gemini which are associated to the God Mercury, also known as Hermes, the "God of Trade and Commerce". ​​

Another aspect that cannot be denied is that 9/11 was foretold in advance in  many movies and children's cartoons, even books and album covers - and there is plenty of evidence on this. This concept is called 'predictive programming' and it ties in with Hollywood occult mass mind control. There are a couple of reasons why this is said to be done:

1. General mind control of the masses to get it into their consciousness and using words and images as 'triggers'
2. It is the elite occultists way to avoid karma. They believe that by informing of their actions first (by the use of trickery and occult symbology), they are tricking God's system because by people knowing about it, they are allowing it on some level.

There is Keanu Reeve's character in a Matrix movie, where the exact date of 9/11 was written on his passport. There are references to be found for example from the Simpson's, Marvel superhero comics etc -there are many more  examples, even dating back from the 70's as you will see in the video below. Look up more for yourself.
There is also predictive programming in the Illuminati Card Game which was created in 1975. Look at the eery  predictive cards below which well pre-date 9/11.