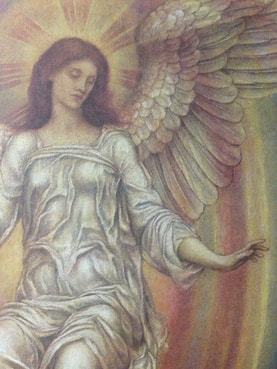 Archangels are like chiefs of the angels. They are enormous in their power and presence. They each have their own unique gift or specialty in order to be of service to humanity.

They oversee the angels and Divine Light missions.

There are many archangels whom assist earth as well and some would say even other planets in the Universe. The most well known Archangels are Michael, Gabriel and Raphael, as they are mentioned in the bible, and referenced in different religious / spiritual pathways.
​
Archangels  may be called upon to assist us with our every day lives as well as for global healing and evolution.

How Many Archangels are there? 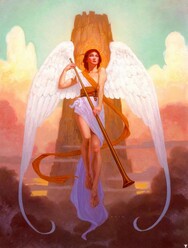 There are different reports on how many archangels there are, depending on one's belief system. There are even different views on how many Archangels are referenced in the bible. Some say 3 (Michael, Gabriel & Raphael), others say 7, which seems very likely to represent the main ones, as seen from this bible excerpt:

“I am Raphael, one of the seven angels who stand and serve before the Glory of the Lord” (Tobit 12:15).

The book of Enoch, a sacred Jewish text, also refers to 7 Archangels, and other sacred writings refer to 22. However it is also possible that there are 100s, if not 1000s of Archangels. Some write books filled with all sorts of Archangel names.

I have heard of there being 4 'main' Archangels, which I also agree with, and there are also 12 specific Archangels which correspond to the 12 zodiac signs. But in my personal opinion, there is both a group of 'main' Archangels, chiefs of the realms, but there are most probably many more other, lesser known ones who work for God.

In my spiritual work with the angels, I mostly connect with the 4 main Archangels Michael, Raphael, Gabriel and Uriel (these 4 are often referred to together), however through my trainings as a certified Angel Intuitive, I have also personally connected with more than 12 different other archangels, some of which appear energetically in readings or energy healings.

What are the Roles of the Archangels? 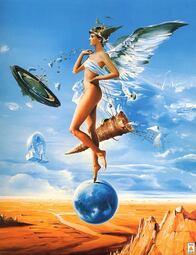 ​The Archangels are creations of God, made in order to help us.

​They each have their own specific roles such as protection, healing, helping children, animals, world peace, justice, creating harmony in relationships, spiritual development, esoteric wisdom and so on.

You can explore each Archangel's specific role in my List of Archangels A-Z.

Do Archangels Have a Gender? 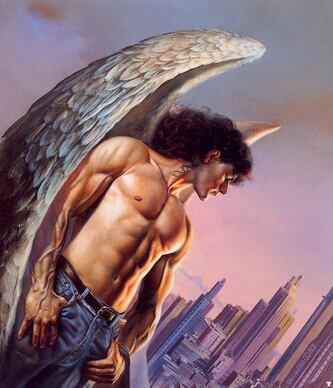 As Archangels are beings of light rather than human, they are genderless. Although each might carry what we might perceive as a predominantly masculine or feminine energy, and we may refer to each one as 'he' or 'she',  it is said that they are neither male nor female.

This would make sense when you consider that in essence they have an etheric, immaterial nature and thus they have no physical form. Having said that, when they manifest in form as an apparition or in someone's dream or vision, they might appear in general archangelic form or as one gender or another.
​
In my opinion, some Archangels feel more male or female in their energy presence than others. I always feel Archangel Michael's energy as being a strongly protective, male presence, and Archangel Jophiel as being extremely feminine. Michael is also always portrayed in art works or religion iconography as being strongly male in physique, with bulging muscles and armed with a massive sword and solid armour.