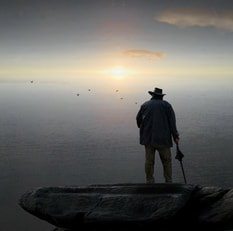 We, as a species, are seeking a deeper connection and have an innate sense of knowing that there is something more to life.

Furthermore, there are souls who navigate life in an instinctively mystical and sagacious manner, in sync with the underlying rhythms of nature and the universe.

What exactly does 'mystical' mean? 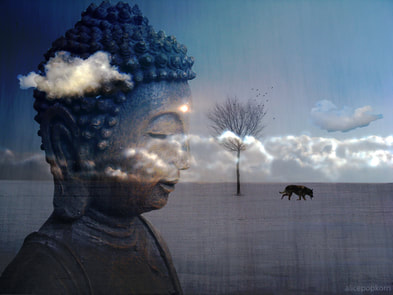 It could be described as experiences that are profoundly ethereal and non-ordinary. Moreover, it is a kind of awareness or experiential exploration of the 'hidden' worlds. It is a heightening the senses and the extra sensory awareness of the sublime transcendence of all things. It is an intermingling of the curious mind with the soul's veracious thirst to be quenched and inspired in the mysterious 'unknown.'

The ‘modern mystic’ is an old soul, a unique individual, a well-worn veteran having already sailed the karmic oceans in many lifetimes and dimensions. He is a wise, wide-eyed trooper with an intrinsic knowing of the spiritual essence of all things. 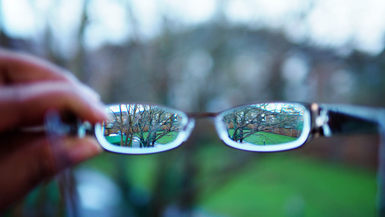 The mystic eye is one that hovers above, below and all around, it is never satisfied with the mundane 'appearances' and illusory nature of the material world.

​Deeply driven by an internal fire, this passion walker knows what it is to be 'alive' and 'present'. He invokes a rousing state of awareness that is inborn, raw, hungry and real. With open heart and mind's eye, this universal trekker has an innate sense of knowing, a perceptive inner oracle, an artistic outlook and an acutely intuitive sensory system.

To be a mystic is to naturally enter divine state of heightened being. It is the way you perceive things and people around you, breathe in the atmosphere, take notice of details, and see the soul of things. 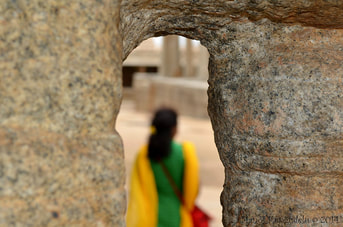 It is like you glide over the ‘obvious’ and journey, rather, into the subterranean depths. Here lies the hidden treasure, the art, the covert music revealing the ‘hidden’ and the esoteric. The truth-seeker is in the entrenched pursuit of exotic wisdom and truth, and has an insatiable quest for curiosity and magic.

Walking the mystical path can be alluring, captivating and illuminating. It is like entering a cavern of wonder and utopia.

​Full of smoldering curiosity and an innate sense of simmering awe, the mystic philosopher looks deep into the abyss without trepidation and in such is opened up to new possibilities, found often in the mysterious tapestries of life interwoven between realms and worlds. 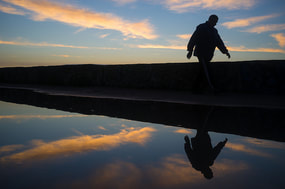 The world as his Muse, the mystic soul is a secret emissary, a spirited traveler traversing between multi-realms. He is a sacred observer and capacious partaker in his own private pilgrimage, journeying through the underworld, passaging through the dream-worlds, and roaming unexplored or ‘unseen’ earth terrain.

​The mystic finds the enigma in the in between cracks and crevices, the concealed clefts which when observed with the sage-like eye, reveal portals and openings through miniscule potholes. 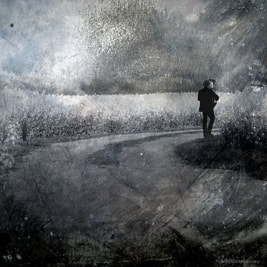 The mystic wonderer is a visionary, a free-spirited vagabond, a cosmic earth explorer, and a ravenous seeker. This arcane traveler winds down hidden alleyways, keenly sidetracks the mainstream spoor, seeks mystery in every step, and raises his veils and antennae in eager anticipation and observation of earth's inspiring spectacles.

​He is a poet on foot, sauntering past the public promenades and cascading into secluded, secret territory.
​By entering this magical portal, he is led to greater awareness, inspiration and expansion. 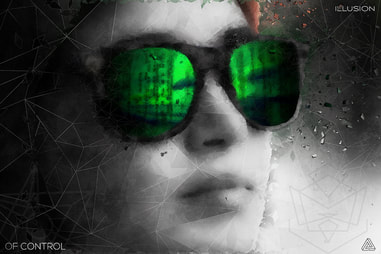 A mystic, in essence, is a ‘seer’, someone who spontaneously sees ‘beyond’ the ordinary and appreciates the beauty, mystery, enigma and subtle secret order in the otherwise chaotic world around them. Perhaps it is time for you to put on your etheric trekking boots and step into the covert wilderness of your own instinctual psyche.

Are you ready to begin a mystical journey? ​