The Illuminati & their Global Agenda 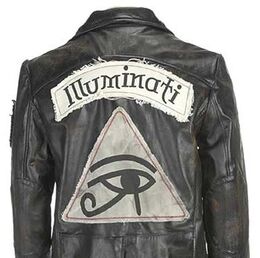 ​What / Who are the Illuminati? 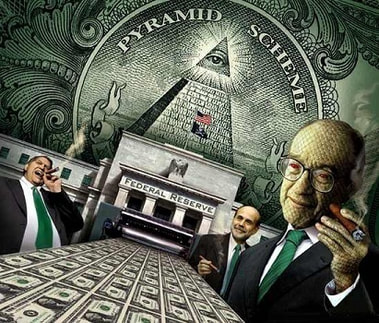 They are a pyramid organisations with a hierarchical structure, where the lower tiers know nothing or not much, and the highest echelon (known as the 1%)  live in complete secrecy, domination and control.
​
Though there are women associated with the Illuminati, they often play a different role to the men. Overall the system is quite a patriarchal, dominating male force.
​
They have secret knowledge and use it covertly behind the scenes in order to rule people, society and the world at large.

Most of them hark from 13 particular ‘special’ bloodlines which can be traced back throughout history. It is said that they like to inter-marry, including incestual marriages, in order to keep their bloodline ‘pure’ – and it is amazing how some very famous people are connected through these bloodlines.

The Illuminati and their offshoot consort (related parties) are both officially and colloquially referred to in a number of ways, such as:

• globalists
• the elite / the global elite
• the cabal
• the one worlders 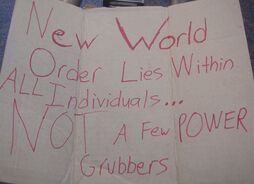 The illuminati were formed as a ‘one world order,’ with a completely totalitarian mindset to create a global one world power dictatorship with a globalist agenda of global domination in order to take over the world. 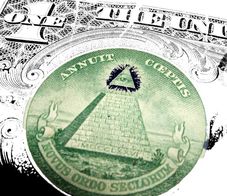 They call it the ‘New World Order’, though it is otherwise known as
​The ‘Novus Ordo Seclorum’ (latin), or the ‘New Order of the Ages’.

You can see the words 'Novus Ordo Seclorum' boldly printed on the U.S. Dollar Bill, along with other Illuminati symbolism (the pyramid and Eye of Horus). 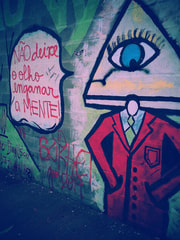 Doc Marquis says that there is a historical connection with the idea of a one world order, and the agenda of Nimrod after Noah and the Great Flood.

Though shrouded in secrecy, men in great positions of power who are a part of this network have publically made reference to their NWO agenda.

Here are some famous public quotes: 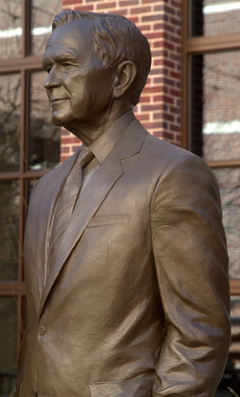 George Herbert Walker Bush:
​
“Out of these troubled times, our objective, a new world order, can emerge. Today, that new world is struggling to be born, a world quite different from the one we have known.”
(he  eerily stated on September 11, 1990. Does that date stand out to you Yes, its EXACTLY “11” years before 9/11, to the date – that’s way too close for comfort)!!

“What is at stake is more than one small country, it is a big idea—a NEW WORLD ORDER...to achieve the universal aspirations of mankind... based on shared principles and the rule of law... The ILLUMINATION of a thousand points of light... The winds of change are with us now.” 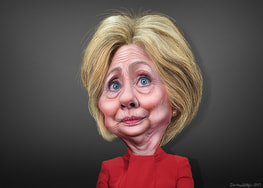 The illuminati, often referred to as the “1%”, are a small group of people in relation to the entire world’s population. However because of their sneaky undertakings and secret pyramidal structure, they have constructed a system that sees that they have their invisible hands in many areas of the world’s systems.

Who are these people?

Major movers and shakers are said to be famous politicians (such as the Bush family, the Clintons - Hillary Clinton is nicknamed "Killary" in the underground truth movement), bankers and many other people in positions of power and control,  including others that are more hidden, working nefariously behind the scenes in the shadows. 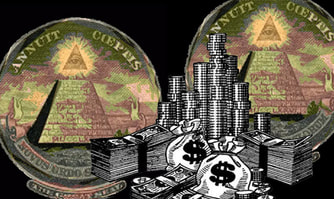 Their Corrupt Agenda & How they have their Hooks in Everything

The ‘one world’ concept is very real indeed, and you can see it in the way that they have sneakily infiltrated through every major sector of our societal framework. 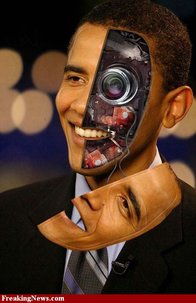 ​“Use monetary & sex bribery… to control people in high places … in the various levels of all governments and fields of human endeavour. Once an influential person had fallen for the lies, deceits and temptations of the Illuminati, they were to be held in bondage by application of political and other forms of blackmail and  threats of financial ruin, public exposure, physical harm, and even death of themselves and their loved ones”

They are all about money, power, corruption, deceipt and control and have infiltrated every aspect of our life. They have their claws and hooks in almost everything! We are literally living George Orwell’s “1984” or “Animal Farm”, where absolute totalitarianism rules! 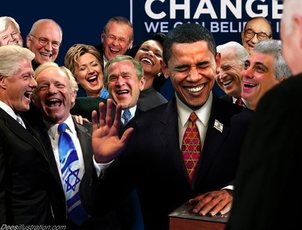 They are obsessed in controlling the masses through the world of politics: 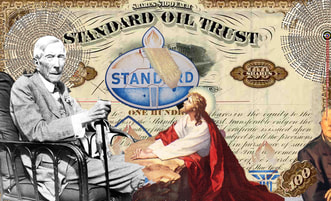 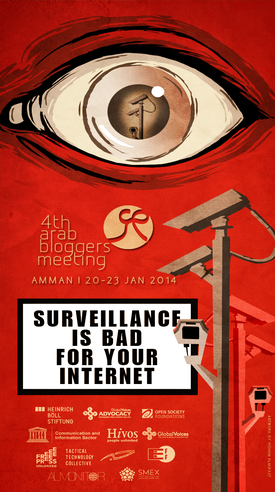 They use tricks to distract people & dumb us down, such as through:

An excerpt from Weishaupf's Illuminati tenet, according to Ted Gunderson: states that the Illuminati must:

"Expound the value of systematic deception, use high sounding slogans and phrases and advocate lavish promises to the masses, even though they cannot be kept.” 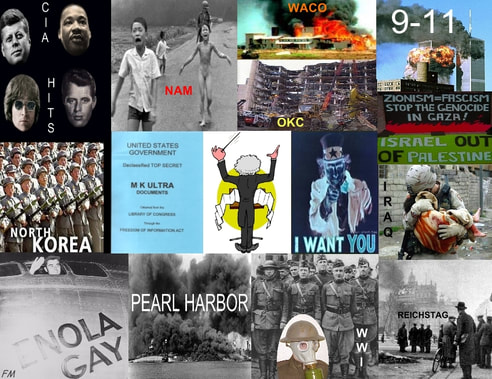 They perform acts of terror on humanity, such as:

Their secret knowledge is multifarious, and includes: 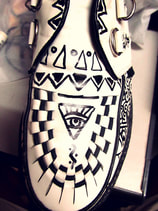 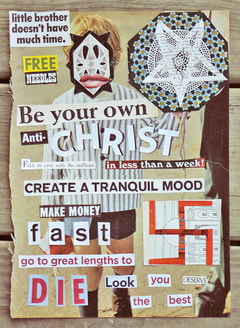 They have intercepted religious and “new age” communities as a way to lull people into fake sense of security & provide false information, or deliberately confusing people and sending them off path, all through deceptive means such as: 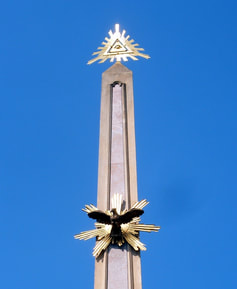 The Creation of the Illuminati & The History Behind Them

Although the illuminati were formed and officiated by Dr Adam Weishaupt on May 1st, 1776 (specifically and strategically on May 1st – a date we know as “May Day”). They are said to have been continuously here and date back much further than that, hidden in secret groups, as far back as the times of the ancient mystery religions, and Babylon.  to and remained.

It is said that the Illuminati were initially under the control of Jesuit priests. Then “The Ancient and Illuminated Seers of Bavaria” was formed by a high order of Lucifer-worshipping Freemasons, a council of five members, each of which representing one of the five points of the pentagram symbol.

Fritz Springmeier is an informed author, researcher and speaker on the topic. He says that he can trace the most significant origin of the illuminati (in terms of the origin of the power structure) back to Afghanistan, which is interesting.

“(It) goes back to Afghanistan, to the earliest periods of time, back when the Arians were inventing  war chariots and back to an area, … a very important, significant city named Balkh.” 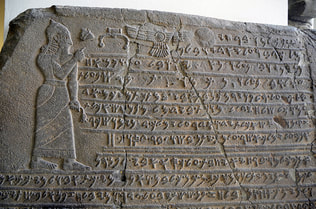 The illuminati are completely wrapped up in a Luciferian ideology, a kind of 'illuminism’. They are obsessed by Eastern mysticism and  secret metaphysical /occult knowledge, including utilizing the super power of the mind. They believe they are keepers of wisdom and illumination and keep hidden, secret knowledge to themselves.

They are Saturn and Sun worshippers.

Doc Marquis, who grew up in an Illuminati family (but since broke free), reveals that Judaism is not the first religion as we have been led to believe in mainstream history. It was in fact witchcraft. 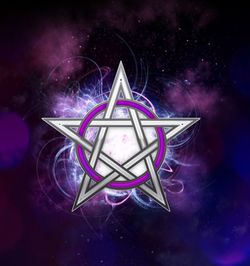 The illuminati practise ritual, witchcraft and black magic. Their belief system can be traced all the way back to the Babylonian magickal religious belief system. They are practising Luciferians or Satanists. The God they worship is Lucifer, and they do everything contra God and Christianity.  So for example, instead of offering and dedicating their children to God, or Christ, as Christians do, the illuminati hand their kids over to Lucifer.

Ted Gunderson is a former senior special FBI agent, who specialised as an expert in satanic ritual abuse and cults. He is a whistleblower who shared factual, high secret intelligence information, and was consequently killed. It is believed that he was poisoned by corrupt CIA operatives.
​
Gunderson reported that  there are around 4 million practising Satanists around the world (this is statistic is from a few years back, so the numbers are probably greater now). He said that one aspect of the Illuminati is that they use satanic cults as a way to control minds and condition people.

Doc Marquis is a whistleblower who speaks out about the Illuminati. He was born into an Illuminati family, but left once he ‘woke up’ and understood what was truly going on. He reports that as an innocent child, he was put into illuminati training, what he says they call the ‘’Out of Court”, which is like a kind of seminary.

He says there children are taught for 10 years, from the age of three the following:

“rites, rituals, high magick, low magick, the Sabbath… astrology, alchemy, how to practise human sacrifice” and much more.
So at the age of 13 years old, the child is put into an initiation ceremony by a High Priest who is a “3rd level Master Witch in the Order of the Illuminati.”

He goes on to say that in the ritual, three particular objects are put on an altar, as follows:
Don Marquis goes on to reveal what happens next in this magickal ritual:

“The High Priest, after involving one of the lesser demons, will slice your arm open, you will take that feather, dip it in your own blood, and you will sign your new occult name in the book of the dead…. Once that’s done you are a fully initiated first level illuminati… also known as a Druid Priest.” 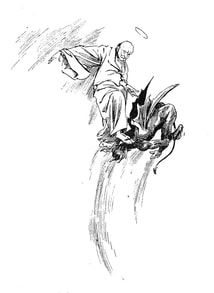 The illuminati and their allies / minions align with Lucifer as their God and are anti-Christ, seeing Jesus as an enemy as going against their self-fulfilling cause. Freemasons, for example are not allowed to align with Jesus / God.

As you are aware, the dark like to flip and subvert anything pure, holy and positive and turn it into the antichrist. So just like you have brides of Christ, you have mothers of darkness who are Brides of Satan. Hillary Clinton is said to be a Grand Dane at a high level There are also rumours that actor Meryl Streep is one too. 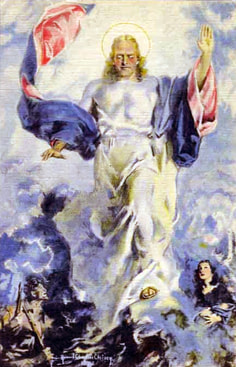 Doc Marquis has this to say on the ‘end goal’ of the New World Order:

“The whole premise … is to hand it over to the Antichrist! … They believe that in the beginning Lucifer was equal to God and all things.

However [in their mind], as the milleniums rolled on, it was God who became jealous of Lucifer’s equality and had him and his followers thrown out of heaven – and that right now the illuminati are convinced that they are summoning up enough of the force to where at the battle of Armageddon, they’re gonna kill God and the Holy Spirit and put Lucifer of the throne to where they feel he rightfully belongs.” 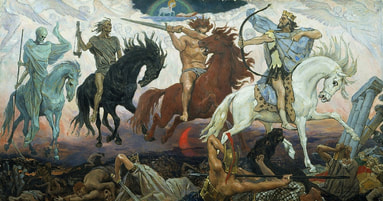 The theory is that Satan was cast out of heaven, and as such he took his fallen angels (demons) with him. He had an evil agenda to take over earth, so he had the ‘fallen angels’ procreate with human females to  create the ‘hybrids’ (part human, part demonic or alien, depending on your belief).

​Many say that they manipulated our DNA strands in genetic experiments to mess with us and create the hybridisation. 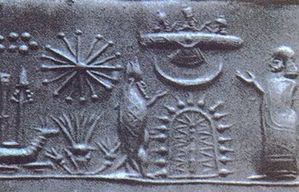 These are the “giants” we here about (do research on the Annunaki & Nephalim).

Some say they are of an alien origin, others say demonic. This was to create his army, and how and why the battle goes on.

​It is spiritual warfare. 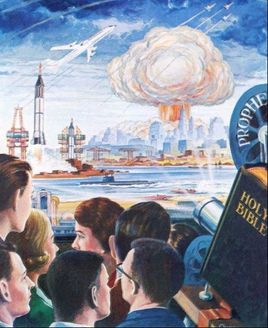 The Christians believe that the goings on of the Illuminati match the
‘End Times’   prophecies that are bliblically recorded.

​They say that the Bible speaks of a kind of ‘One World’  government and the Anti-Christ, or ‘False Messiah’.

Of course this is up to interpretation, but things are certainly looking this way, and both the Illuminati and dark spiritual forces are both interlinked and are all about deception, manipulation, power, fear and control. It is vastly believed that the Illuminati are just pawns or minions of Satan. 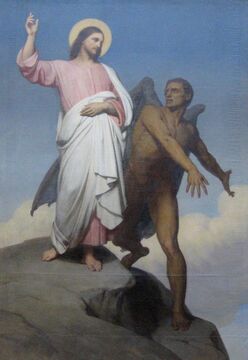 Various opinions are out there on all of these topics, so it is certainly something worth delving into further, as it affects all of us personally and the entire globe.

I do not claim to be an expert. You do your own research, open up your awareness, trust your own intuition and come up with your own conclusions.

May you stay safe and protected as you navigate life, seek your own truth and inner wisdom.

If we all do our part, we can male a real positive effect on the road of change and transformation - and that is what the Great Awakening is all about. I have many more articles on related topics on this site and coming soon.