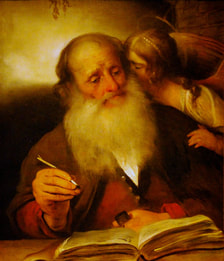 I thought I'd write about the channeling process and do a bit of demystifying about it, since the whole process is often misunderstood...

I was thinking about it recently, and trust me, I am often ASTOUNDED at the information that comes through - the tone, wisdom and depth of the material. Channeling is something that I fell into as it was a natural gift that began to develop as I developed my own conscious awareness.

The angels and other beings of light were already channeling information to me before I even realized it. 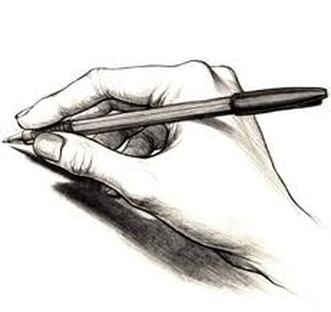 ​After a while, I started to recognize that certain thoughts, words and sentences were not my own, and were coming from a 'higher place'.

Have you read the book Conversations with God by Neale Donald  Walsh?  (highly recommended).
​In it he explains quite eloquently how words just 'came' to him:

" I was not writing so much as taking dictation."

Though he quite purposefully does not use the word 'channeling', that is exactly what it is. 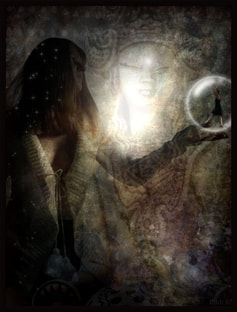 With me, often I feel like channeling 'awaits' me, sometimes I feel a strong pull and I go into my sacred area, pull out my large channeling journal, and begin the process. it doesn't take long to connect to it, because it's already there under the surface tapping at my door and nudging my consciousness.

Further to this, when it comes to channeling information from specific entities (such as well known archangels, ascended masters etc), I have been thinking how funny it must be for some people to think how on earth could this person really be channeling Jesus, Archangel Raphael, or Mother Mary for example. Aren't those beings really high up and inaccessible? How can they communicate with so many 'channels'? Is it real?  Who is this person to claim this? I have thought the same, many times - trust me, even about myself! 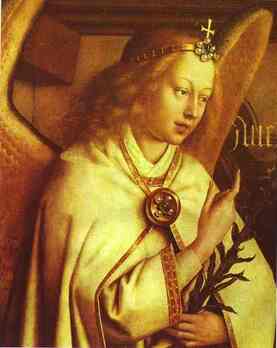 In truth, beings of light can be accessible to anybody who calls upon them, or anyone they wish to communicate with, and they can do this with many souls simultaneously. When it comes to channeling, yes - for sure it is important to use your discernment and better judgement. My best advice is to sit calmly, ask for angels to surround you, ask for protection from Archangel Michael, and then see how  the information feels to you. You can also do this when looking at people's websites. Trust your intuition and gut feelings always.

There are so many people out there channeling - and there are some sources that I resonate with, and others that send my energy into a tailspin - I can feel when a website or info is misleading, not to be trusted, or not really in the 'light' (even if it is disguised to be). Often I feel a zig-zaggy energy or my teeth grit. Have you experienced any of these thoughts or symptoms?

Unlike popular thought, channeling is not necessarily a Hollywood style dramatized eerie trance where a medium is completely possessed by a spirit. There are many ways one can channel, and you  have probably done so yourself without even realizing, as it is a very natural process. Take a look below:

Inspired thought or other-dimensional connection can come while washing the dishes, driving a vehicle, or even in the shower.

Have you ever driven and then realised you fell into a kind of hazy subconscious coma and upon 'awakening' you can't even recall how you got there, or what roads you took! You most probably were having a trance-like transcendental experience. A naturally-induced 'space out'...

Channeling really is being in touch or connected with Spirit's callings. You may find yourself creating words, music or art through a 'stream of consciousness'. Information comes to you, or rather 'through' you, the intuit or conduit, the energy circuit. Perhaps you've written poetry, composed a song, or created an artwork you later were amazed at. It is like entering a realm or flow, and without any force, connecting to a natural rhythm, a resonance, a supertronic wave. It is when you are in that transfixed state of inspired reverie, a relaxed receptive mode of 'allowing' in information; that guidance, creativity and inspiration come through.

Channeling requires the quieting of the mind. It works through being still, listening and trusting.

​Now we come to Spiritual Channeling. Many a time I have written an angel message, and then later realised I was channeling. In fact, I had been channeling for years and not even known it. Once it dawned upon me, I put some attention into trying to channel through my own will and spiritual connection. I found I was able to receive information through setting up a sacred space and writing with pen and paper.

At other times, I was 'told' out of the blue to pull out my paper pad and pen. In fact, that happened during this month's angel reading. An inner voice told me quite firmly and clearly, to place the items to my right. Not long after, I was writing an inspired/channeled message through my connecting with the energy of an oracle card.

Often this channeling process starts rather spontaneously for me.  For example, when typing  a 'message for the day' on Facebook, sometimes, without me even being initially aware, a bridge of connection forms, and it just flows out from there like a river of higher consciousness. At other times it's channeling words from a spirit.

I have found that when I do readings, or videos, it's like entering what you would call a semi trance-like state. It just happens naturally. I just find myself 'there', like on a wave, highway or other plane of existence / awareness. That is when I more easily connect with higher beings of light such as angels, guides and ascended masters. Sometimes I do not know where the information is coming from, and at other times,  it's quite clear. And quite often I get other signs and validations through the workings of energetic  synchronicity. 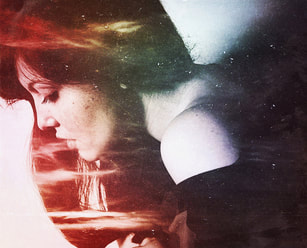 ​This is where a channel will act as a conduit, allowing Spirit or an entity to speak through them, using their body. The medium however is still  in a conscious state. I have done a form of this for example when connecting deeply with a spirit and passing messages through. 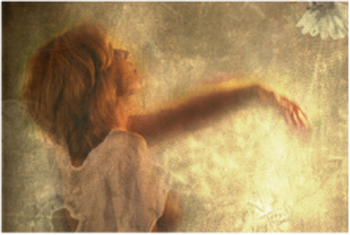 3. 'Trance Channeling'
​
This is where the channel gives their entire body over to an entity/force, and allows transmission of information, with the medium completely not being aware of what is happening at all.

​The conduit steps out of so that another spiritual entity comes in. After the session they will wake up and not recall the experience at all. They usually also feel highly fatigued due to the large amount of energy it takes to withhold the energy.