The Nature of Reality
​ 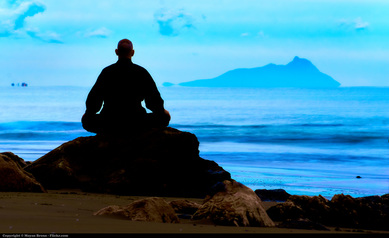 I have always been a truth seeker, fascinated by the mysteries of life.
​
It has been said that only 'God' knows the Absolute Truth. So where does this leave us? Are we completely in the 'dark'? I would say that even though we are blindly navigating our life and trying our best, in terms of understanding higher truths about our reality, our life and existence on earth and the secret nature of Creation, we are at least starting to make some headway. In fact, much knowledge about our planet, universe and existence is coming to the fore through the explorations of modern science.​

Opening up One's Awareness to the Illusory Nature of Reality 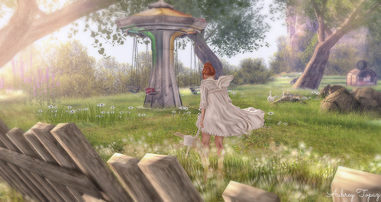 I can recall being a young intuitive adult, with this deeply profound, intense and 'real' sense of knowing that 'reality' was not really reality, that there was another, far greater reality that felt so mysterious, mystical and expansive. I could see through the veils of deception and illusion and it seemed so palpable to me. People appeared like unaware sleep-walking zombies in a land of dreams. I used to think: 'How come no one else seems to think this way?'​ 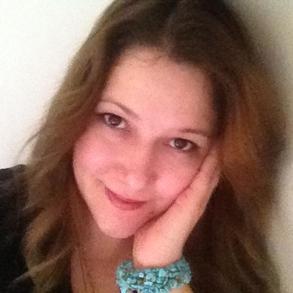 I had no platform or context for these thoughts, and very frustratingly kept them to myself for many, many years. It wasn't until I  really started to awaken, mostly coinciding with my pregnancies (it is a common experience for women to have accelerated and heightened dreams and mystical experiences while preparing to birth a new soul into the world), that I began to have amazing spiritual experiences (such as visions and knowings) and when my children started school, I was able to become more fully immersed in personal spiritual development.

​I opened up my higher spiritual knowledge expodentially, started to more consciously and frequently  feel the presence of angels, spirits and other beings, embraced and developed my innate psychic and mediumistic ability,  became aware of and integrated my hyper energetic sensitivity and highly empathic nature,  and finally connected with other like-minded awakening souls. 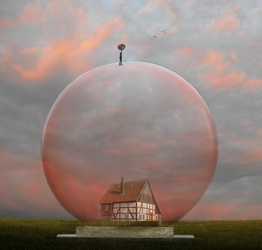 I was not alone. Others thought and felt like me. I was opening up my consciousness, feeling energy shifts and the energy of other people, and reading about topics I had already intuitively sensed. I was home.

​Questioning reality is stepping outside of the box, the matrix, looking further, expanding your awareness, and trusting your inner dial. It is a part of your human connection to your soul waking up and growing up.
​It means that you might be a black sheep in a field of white sheep baa'ing to the same mundane, closed minded and repetitive  tune, a tune you are bored and unsatisfied with. 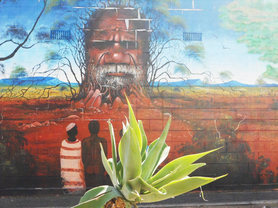 When we reach higher levels of wisdom, we will start to understand that life is an illusion, yet one that is necessary for our existence. Essentially, we are living with in a dream - the 'dreamtime' that native Australian aboriginal spiritual tradition speaks of.

​Reality is not as it appears. it is an illusion and we are living in a mystical holographic universe. Things are not actually as they 'seem', and there is more to both the 'seen' and 'unseen' worlds. ​​​

Humanity is beginning to awaken, and with that come scientific explorations that are revealing to us more truths than ever before. Ancient, mystical, metaphysical cross-indigenous knowledge on oneness and the cosmic nature of reality is finally uniting with modern science through the findings of advancing quantum physicists.
​

Matter is an Illusion. The Universe is Made up of Energy

The famous 'double slit experiment' by physicists has revealed that consciousness creates and shapes physical reality. 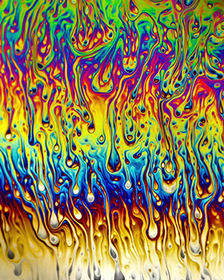 ​Isaac Newton  (17th century) believed that the universe and all physical reality was structurally made from separate mechanistic material parts, and science followed what is known as classical Newtonian physics for some time. It limited our way of thinking.

Now, revolutionary and rapidly evolving modern day quantum physics has mind-blowingly revealed that matter (in its tiniest form, right down to the sub-atomical level) does not actually have a physical structure. Rather, it is made up of constantly spinning and vibrating vortices of energy, each atom with its own unique energetic signature. When unobserved, these are immaterial (ie non-matter) energy waves. ​Science has discovered that everything and everywhere is energy.

" Physical objects are not in space, but these objects are spatially extended. In this way the concept “empty space” loses its meaning."          ~ Albert Einstein

There is no void, dark matter or 'empty space'. It is all energy. The universal mind, God, or a higher intelligence is  everywhere. Nikola Tesla, the well-known late Physicist knew the significance of this profound discovery:

"The day science begins to study non-physical phenomena, it will make more progress in one decade than in all the previous centuries of its existence. To understand the true nature of the universe, one must think it terms of energy, frequency and vibration.”​​ 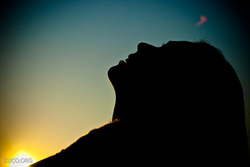 Tesla was actually interested in ancient Vedic philosophy and embraced the eastern cosmological point of view, about the true nature of reality. This is also  apparent in his choice of the ancient Sanskrit wording above. The words “akasha,” and “prana” are mystical concepts from Vedic texts that speak of the mysterious  energy force and eternal cosmic matter that exists and permeates all around us. The famous psychic Edgar Cayce also talked about the great akasha.

Science Proves that Our Consciousness Creates Our Reality 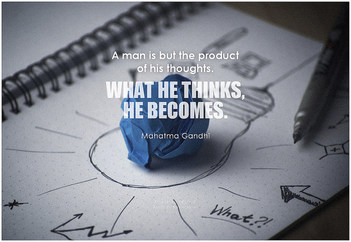 What is even more astounding, is that it is our thoughts, our consciousness that can shape, influence and 'create' the behavior of this very aware energy, from the field of possibilities, so that it re-structures and turns into what 'appears' as solid form. This is science proving what has already been known in ancient mysticism around the world.

​Because the observer always affects the outcome of the experiment, reality cannot be objective. It is rather subjective because it responds to individual consciousness.​ 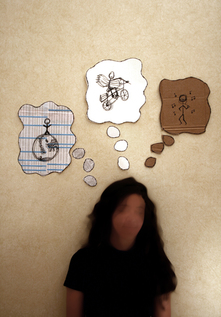 "We compel the electron to assume a definite position. We ourselves produce the results of the measurement." - Dean Radin

So modern physics is showing that it is us, as the observers who shape and create our reality. It is our consciousness that mentally constructs what we see, do and experience. Our mental thoughts that are an integral role in the shaping whatever physical matter we see before us. ​On a deeper level, what this means is that our inner world is creating our outer world, and that means that we can mindfully alter our reality. Our knowledge and perception of life is very relative to our own thoughts and experience, not to mention whatever we have been 'taught' and surrounded by.

All articles on this site are written and copyrighted by Nataila Kuna.       www.nataliakuna.com