Mermaids: Myth or Real Spiritual Being? 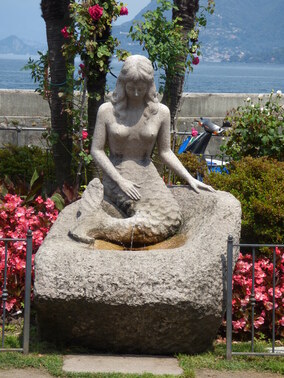 Mermaids, otherwise known as 'Angels of the Sea' (which is fascinating considering that fairies are sometimes referred to as 'Nature's Angels'), are fascinating legendary beings, whose bodies are configured as half woman, half fish.

​Mermaids have been depicted in much myth, fantasy and lore, as well as movies such as ‘Splash’ and ‘The Little Mermaid’ (Ariel character). They have been well represented in paintings and sculpture, and also artefacts that hark back to Babylonian times.

Mermaids are commonly portrayed in literary tradition as being mesmerizing seductresses who lure men (especially sailors) with their provocative beauty. Sailors from long ago have used symbols such as mermaids on their figureheads, for safety and good luck on the high seas.

What do Mermaids Symbolize? 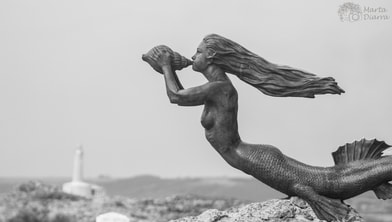 The mermaid is at once a symbol of beauty and transformation, as well as an archetype of the classic femme fatale who brings death and destruction (such as Eve).  ​

“This wench we speak of strays so from her kind, Nature repents she made her; 'tis a mermaid Has tolled my son
​to shipwreck."  ~ Dekker, Thomas

Mermaids as Positive & Negative & the Symbolism of Water 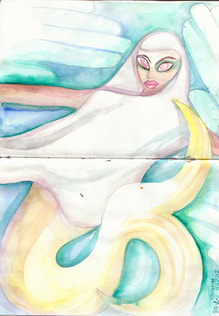 Mermaids are associated with the body and element of water and water has two fold meaning - on one hand it is nurturing, a source of sustenance and life. It is very pure, cleansing and renewing, used for baptism, clearing energy, and symbolizes rebirth.

However on the other hand it is a powerful force to be reckoned with, it has a ruthless, destructive side that causes drownings, ship wrecks and tidal waves. It is victim to the cruel tyrannies of nature's wrath.

In this way, mermaids and sirens were feared as much as admired. These creatures represented the deep unconscious (as does the sea). For sailors, they represented immortality as well as death. They were magical and  alluring, seen as somewhat of a temptation, bringing up fears in men of diving deep into the unknown, of change, of losing control, or  of  leaving behind what was once known.
So it appears that mermaids have been considered both positive and negative. Perhaps that is true. Let's now consider the spiritual aspects. 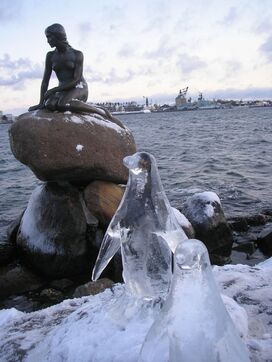 Although many believe mermaids to be fictitious, there is some spiritual school of thought that mermaids as well as dolphins were shape-shifters associated with  Atlantis,  and that they still exist as etheric beings whom we can tune into and connect with. In other words, it is believed that they are spirit entities that can offer guidance and assistance from the etheric planes.

There are also people who recall past lives as mer people and have a deep affinity with these creatures.

Mer people are said to be helpers, like other spiritual beings, who care very much for the environment, particularly sea life. They will support you with environmental causes if you ask for their help. They are also linked with the concept of abundance, much like fairies are.

How to Communicate with Mermaids 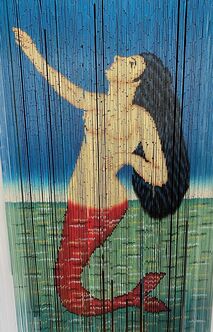 Just like any spiritual being, if you have a fascination for mermaids or are curious as to their spiritual energy and archetype and would like to experience their energy, start by setting an intention to connect.

From there, get into a mode of relaxation and peace, breathe and call in their energy.

Ask benevolent mermaids to introduce themselves to you, imbue you with their energy, and to give you a message or sign.

Then, relax, and feel into it -no pressure. Be in a state of open awareness and give it time.