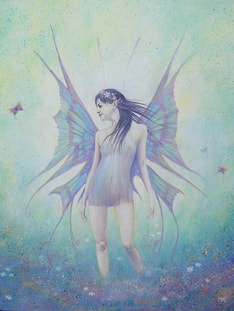 Fairies (otherwise known as Faery or Fay), are described as being legendary mythical creatures from European folklore. However, fairies are also said to be real supernatural spirits beings. They are inter-dimensional and live in a realm between realms, close to earth.

The term fairy is an umbrella term to cover a host of types of these beings, with a variety of kinds, including elves and leprechauns.

Fairies are sometimes referred to as nature's angels - angels on earth that operate on a different plane to ours. They are very connected to nature.

The Personality and Role of Fairies 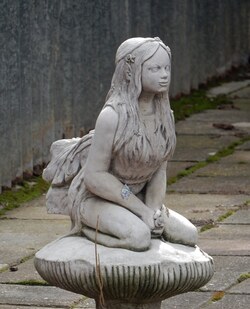 Fairies have quite a personality - some are known to be playful, cheeky or sometimes judgmental or discerning spiritual beings who can play tricks such as hiding things and moving things around. That is because they actually have egos, as humans do. That is what makes them different to angels, who are ego-less.

They also play a special role in helping us to have more joy, laughter and fun so that we see the lighter and brighter side of life. They can help bring about our desires through their magical abilities to manifest. They are associated as being very close to the animal kingdom and they care immensely about nature and environmental issues. ​

In my line of work as a psychic and energy healer, I mostly work with the angels, However I have experienced some fairy activity. I usually feel their presence in ways such as house noises such as the wall rattling or shaking for a moment. I also find that they like to play tricks such as moving around objects in your home.

I have felt fairy energy when i have walked passed certain areas in nature such as lush gardens, bushes or tree areas feel enchanting. As I walk through I get tingles and nice warm, fuzzy, mystical feelings - the best way to describe it is that it feels enchanting.

Connecting with the Fairy Realm 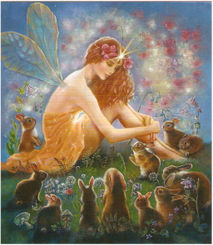 If you wish to communicate with the fairy realm, go out into nature, anywhere near parks, gardens and even pot plants! They love to hang around such places, as well as animals including domesticated pets. ​As they are so close to nature, they will attract to you if you take tender care of the environment, recycle appropriately, and respect all things natural.

Just have the consciousness that there is spirit energy out there. It is this awareness and acceptance that creates the energy of connection. 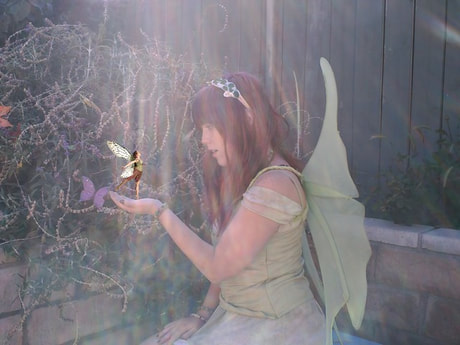 ​​Perhaps you've observed a cat observing or chasing an invisible object? Know that the fairies are visible to animals, and anyone who is able to see beings from other realms to ours. Next time your pet looks up and around or acts weirdly, sit back, take notice and see if you can sense what they are sensing.

To communicate more directly with fairies, first set the intention. you can talk to them out loud or in your mind, and ask them to connect with you and be around you. As they are aspects of angels just like unicorns. they love people who are pure of heart with good intentions. Open up your senses, give it time and allow.

​Any time you think the fairies are near, they probably are.​

How to Create an Enchanting Fairy Garden 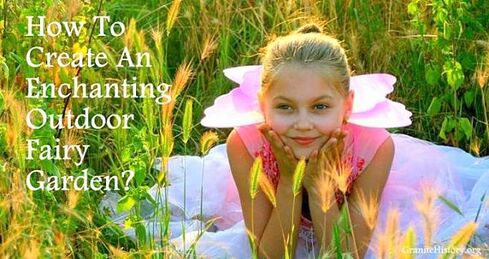 If you are a fairy enthusiast, you can try making a fairy garden. This garden acts as a spiritual place dedicated to their energy and a sign post welcoming them in.​ You are essentially creating a sacred space for them to come to.

Not only do kids love fairy gardens, but so do fairies!

First, find a location. It doesn't need to be a large area - even just a little corner of your garden will suffice. 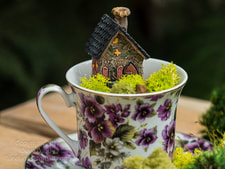 Next, start collecting objects from nature (such as twigs, bark, stones, shells and feathers) or interesting little treasures and trinkets such as pieces of glass, ceramics, bells, sequins and beads that you can add there.

You can even add fairy statues, gnomes, other unique oddities, curiosities or even doll furniture. 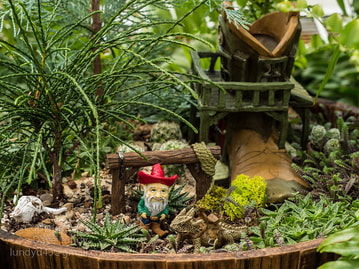 Now, arrange these objects in the space in a way that imbues a sense of love, fun, devotion and creativity. It all comes down to your intention. You can make the area as simple or complex as you like.

You might like to create little homes or villages, though this is not essential. You can go crazy with it - create windows, bridges and water wells.

You can also add flowers and plants. They love it when you leave them some small chocolates or sweet treats. You can even try honey mixed in water. 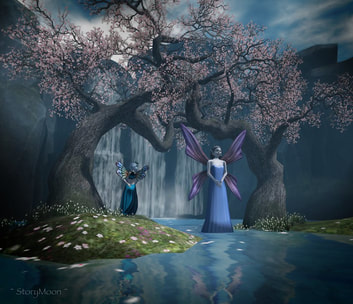 ​Fairies love to come visit fairy gardens, especially if you develop a line of communication with them. What I like to do is stand in front of the fairy garden and invite them to come in and be around you. You can visit your fairy garden as often as you wish and keep talking to fairies there.

You can also ask them to send you a fairy sign - which has worked wonderfully for me ad my children. All you need to do is relax and just set the intention to talk with the fairies - call in their energy and ask them to send you a sign. It might not come right away, give it a few days or weeks. Like any sign such as feather signs, just keep your awareness open and see what happens.

Once, we were out in the garden and my son asked the fairies to give a sign (in his mind) , without me knowing. Instantly after that a feather feel from the sky and landed on my lap! When my son told me about his fairy conversation, I got tingles and I knew it to be a real experience. ​​​

I have also captured fairies on camera in the way of orbs appearing in cameras.