The concept of multiple universes is a topic of great contentious debate in the field of physics.

It has emerged on its own accord from the fascinating scientific findings of experiments based on quantum mechanics and string theory. 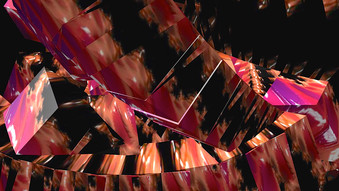 The ‘multiverse’ (or meta-universe) theory hypothesizes that there is not just one universe (as we have been led to believe), but that an infinite number of universes. Therefore our universe as we know it is but one of many in a vast cosmic assemblage of intelligent design. These infinite multiple universes are commonly referred to as ‘parallel universes,’ ‘quantum realities,’ ‘alternate realities’ or even (inter) dimensional planes of existence. 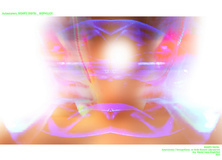 Despite the controversy between physicists in the field, it has been stated on record that the multiverse concept is a very strong possibility, if not extremely likely. Furthermore, the ‘many worlds’ theory is indeed supported by scientific study. Highly regarded Quantum mechanics physicists assert that there are a number  of possible alternative ‘worlds’ or self-contained, separate ‘realities’ that exist, which are indeed real, and that coexist with our own. 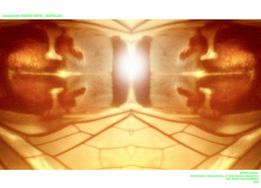 On top of this, science is showing that there are no boundaries between time and space. There is instead a time-space continuum.

The interesting thing about this idea is that there are multiple realities all occurring in the same continuous field of time, ie: simultaneously. So that would mean that our current, past and future lives are all happening at the same time. 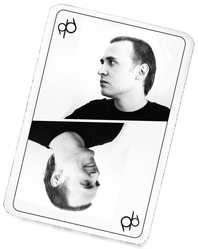 This makes me think about that mysterious phenomenon of 'dejavu' that many of us experience from time to time. As a psychic myself, I can liken the feeling of dejavu with the heightened sensation of a psychic flash, which is like a snapshot of information  that appears from the ethers.

​The difference with dejavu is that it feels  interlaced with a  deep sense of personal familiarity, like a flash of another moment or lifetime. Is this indeed a glitch in the system, where a snapshot of a parallel reality  is fleetingly revealed?

​Talk about a mindbender! 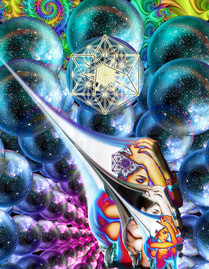 Wikipedia clearly states that the multiverse is:

“...the hypothetical set of finite and infinite possible universes, including the universe in which we live. Together, these universes comprise everything that exists: the entirety of space, time, matter, energy, and the physical laws and constants that describe them…

In layman's terms, the hypothesis states there is a very large—perhaps infinite—number of universes, and everything that could possibly have happened in our past, but did not, has occurred in the past of some other universe or universes.”  ~ Wikipedia