There has always been a 'separation' between spirituality and science, but now the gap between these two worlds is starting to narrow. We are now entering a very exciting period! Science has been proving and expounding upon many spiritual concepts, especially when it comes to energy. This new science sees that humans really do technically have the power to affect change! There is a strong link between our mind and our beliefs, and how they an affect matter.

There is an ancient Buddhist text that states:

"​​Reality exists only where the mind creates a focus!" - Sutra from Mahayana Buddhism

Isn't that interesting! Science has also not only proven that everything vibrates, but also that every vibration actually has a sound , even if we don't hear it with our human ears - which also explains why certain animals like dogs can hear sounds that we cannot. Did you know that NASA has actually recorded the sound vibrations of the sun! 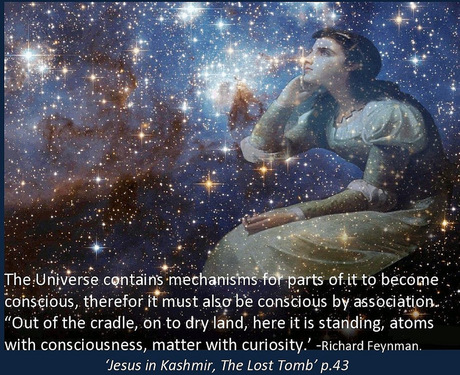 Scientists say that we are all made of quantum energy, and that these quantum particles can do amazing and miraculous things, such as communicate with themselves both in the past and in the future.

What they have discovered, is that if they change a particle in the 'now', as in the present moment, it simultaneously and miraculously by nature changes what it had to be in the past to get to what it is now.
So what this means is that if you change a particle now, it will change it in the past, which is confusing when we think of the past as already have happened.

This twists our perception of reality, as our reptilian brain has a logical, linear way of thinking, and as such it is hard for us to conceive concepts such as bent time and the effects of changing the past in the now. 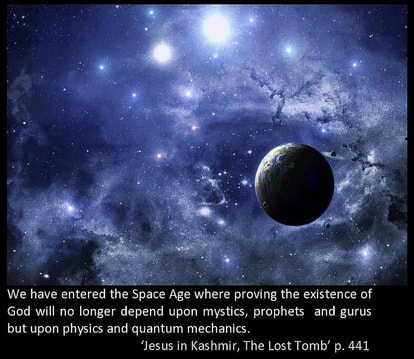 What this extraordinary  science suggests, is that we can do exactly what these scientists are showing us ourselves, in the way that we think and what we put our energy  into - we can affect changes in all directions of time and space, because we are made of those very same particles.

This is the potential of the human species, given that the atom is affected by any changes that happen in our energy field. Einstein actually  talked about the 'governing agency' which governs how an atom behaves. There is a field of possibilities before us.

​Max Planck, the forerunner of quantum theory, ​said:
​"This Mind is the Matrix of all matter."
​In fact, ​isn't it interesting that the popular  movie series The Matrix was actually based on these concepts!
"Belief is the code that translates invisible Energy (waves) of Plank's Matrix into Visible Matter (particles)." - Greg Braden

There is a 'force' just like the power that is descried in the Star Wars movies, which connects us all. It is like a force-field, ​an energy field that is invisible to the human eye (not solid) that holds in place all humans, objects and matter in our world, as what Greg Braden (expert on this topic) describes as our 'quantum bodies'. This energy has also been referred to as the universal mind, God or as consciousness. It connects everything together, and we can also communicate with it. It is the higher consciousness behind everything.
​

Experiments Showing the Change of Particles Upon Human Observation & Energy

Your Own Experiments with Energy

There have been copious experiments enacted by scientists that have proved that our observation, energy and conscious attention / intention can have an effect on plants and how they grow, for example. You can do your own experiments.
​
It is a common spiritual practice to bless and heal food and water. You can do this by prayer, focus, intention, sending healing energy or by placing a crystal in a glass of water for example.

You can do your own further energy experiments. Try ​placing boiled rice into three jars. Now, act in three different ways to each jar. Completely ignore jar 1. Send hateful comments and negative energy to jar 2, and sending loving thoughts and healing energy to jar 3. Do this every day, and observe what happens over the course of a week or so.

“The world is never quiet, even its silence eternally resounds with the same notes, in vibrations which escape our ears.
As for those that we perceive, they carry sounds to us, occasionally a chord, never a melody.” - Albert Camus
Furthermore, Dr Emoto is a well known Japanese researcher who conducted experiments to show that human consciousness indeed has a potent effect on water. He examined the molecular structure of water, and found that not only did water from pure, natural sources form beautiful crystal patterns when examined under the microscope, as opposed to polluted water which created ugly patterns; but also found that any water, including polluted samples, actually reacts to positive thoughts, words, visualization, intention and prayer.

The changes in the molecular structure were clearly visible. You can actually see photos of these patterns, and see the difference between water crystal patterns that were given 'positive' attention, and ones that were given 'negative' attention. We have heard similar concepts about plant life reacting to conscious thought, attention and even the sound vibrations of music.

You can watch the video below to understand more about energy and its effects from an ancient spiritual and modern scientific standpoint.

​How This Knowledge Can Influence Us in Positive Ways

When you begin to really see that everything really is energy, and understand how energy works, then you will be able to practice greater awareness, and also work with, or use energy in positive ways. The Psychic Medium who actually trained John Edwards, Sandy Anastassi, said:

"Energy is the currency of the spiritual realm."
Being connected to Divine energy fills us up, replenishes us, inspires us and it guides us. It is like the sun is entering your heart. You can use and direct it in sacred ritual or intention,  towards positive purposes.