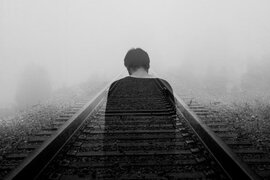 Have you ever captured a ghost in one of your photographs? Putting aside tricksters or anomolies, let's look into the very real paranormal phenomenon of when ghosts really do appear in photos. 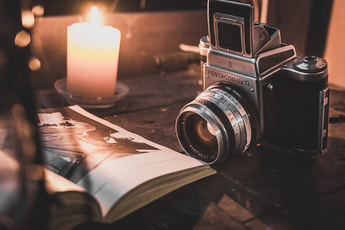 It is interesting to note that there have been many ghosts that have appeared in photographs, since the very inception of photography. Some have even become hot topics of public discussion online.

​See my article on the Ghost of Freddy Jackson here. 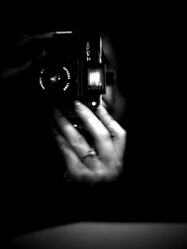 No matter what the changing technology of photographic equipment, including the development from from black and white to colour; ghosts are still appearing on people's cameras to this day, if not more so than ever.

I believe this is because of not only more highly developed digital technology, but also because of the energetically changing times we are in. There is also a thinner veil between the worlds, and a crossing over of dimensions. 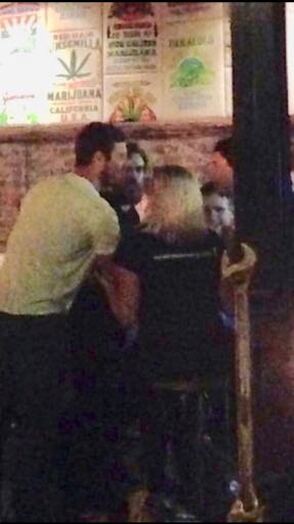 The full photograph, shared by Brenda
​Here is the background story:

Brenda's eldest son innocently took a photo of some customers at his newly opened restaurant at Surry Hills. As it turns out, once Brenda actually printed the picture, she could see that it was not just the living restaurant diners that were captured in the shot!  When Brenda discovered the ghostly apparitions in the photo for herself, her son was too frightened to look, and refuses to do so!

As it turns out, in the same spot of this Surry Hills restaurant, there was once an old grave yard there years prior.

So let's take a deeper look. In the photo, you can clearly see two ghostly males that appear to have out of date hairstyles and be wearing early1900s suited attire.

They humorously appear to be photo bombing the shot, as if an old fashioned take on our contemporary act of popping into other peopes photos!

Close up of the ghost adult male on the left
Interestingly,  the two ghosts  appear in old fashioned black and white, while the rest of the photo is in modern colour, true to its time. It is as if the black and white aspects mark the historical times the two spirit individuals were in, as a stark opposition to the current day restaurant and its living people, depicted correctly in colour.

Back in those days, one would have to stand firm and upright in a group photo, and these two characters appear to be standing extremely still and vertical, compared with the more relaxed, slouching modern day customers.

t also is inetresting that they appear to be somewhat smirking (especially the younger one), as if taking interest in the exceitement of both modern day photography, as well as the happy, buzzing atmosphere of the restaurant. I particularly find that fascinating, as olden day photpgraphs were otherwise taken very seriously, and one had to hold a serious, unsmiling expression. The very cross colouring aspects of this photograph also further amplify this picture as being a piece of circumstantial evidence so to speak, a captured fragment of  supernatural event. And this is not a case of double exposure. 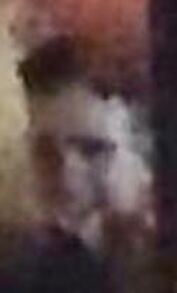 What I picked up, is that it feels like they are posing for the shot for sure, with their front on presence. My feeling is that they wanted to be seen.

What are your thoughts and feelings of these ghosts?  Do you have a non-orb  photograph you believe to be a ghost? Either way, you are welcome to share on my Facebook Page. ​Please add the url of this article when you post (as a clear reference).